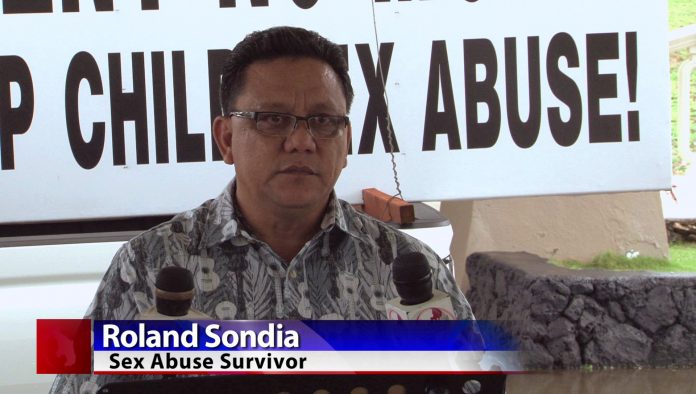 Governor Eddie Calvo has until Friday to take action on the bill.

Guam – The creator of Silent No More and one of Archbishop Anthony Apuron’s alleged victims is calling on Governor Eddie Calvo to sign bill 326 into law.

Silent No More’s Joe Santos and Roland Sondia addressed the media today on the steps of Adelup to urge the governor to sign the bill which will lift the statute of limitations on civil actions for child sex abuse. Santos said although his petition drive to have the bill introduced was challenging, it was also rewarding.

He thanked Senator Frank Blas Jr. for introducing the measure and the 12 other senators who voted to pass it. Santos said after he launched his petition drive, five more unnamed victims of clergy sexual abuse confided in him.

“I think I also need to emphasize that this bill, once again, is not just directed at the catholic church … this is a community issue, it’s a community problem and we need to face this as a community,” said Santos.

Sondia, who is also one of four plaintiffs in a pending lawsuit against the church for libel and slander, pleaded with the governor, who has until tomorrow to either sign the bill, veto it or let it lapse into law./