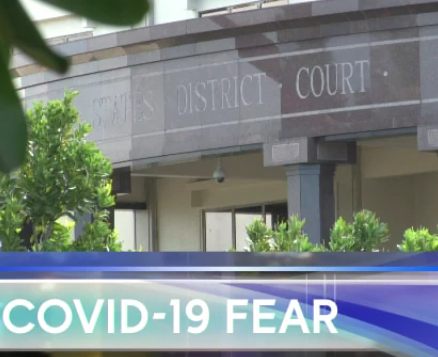 Fearful for his life a convicted sex offender serving federal time for not registering on the Sex Offender Registry has asked the court for compassion. His request was denied and granted in part.

Jeffrey Paul San Agustin told District Court Chief Judge Frances Tydingco-Gatewood that he is in fear for his life. His fear is centered around a pending transfer to a Bureau of Prisons facility in the continental US where COVID-19 has spread like wildfire in a number of the prison populations.

As of June 2nd, the BOP reported 1904 federal inmates and 175 BOP staff who have confirmed positive for coronavirus with 71 federal inmate deaths attributed to COVID-19.

This is a grave concern for San Agustin who has been previously diagnosed with tuberculosis, making him at higher risk of complications should he contract the infectious disease.

Currently being held at the Hagatna Detention Facility, San Agustin asked the Chief Judge to grant him immediate release under the Compassionate Release Act.

Alternatively, he’s asking the judge to allow him to serve the remainder of his sentence on home detention or make a judicial recommendation to have him continue to serve his sentence at DOC.

Chief Judge Tydingco-Gatewood listened to the arguments as San Agustin stated that social distancing at the facility is impossible and that face mask use is only required when they are outside their respective blocks.