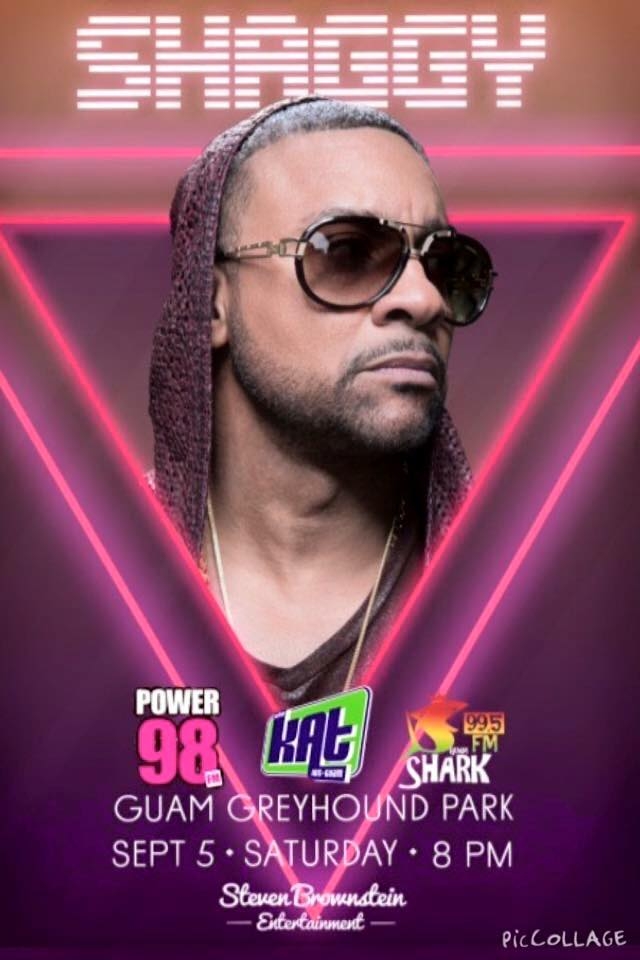 Guam – If you weren’t at Saturday’s Shaggy concert you missed out! Shaggy performed in front of a packed Guam Greyhound Park but before that he spoke to PNC about what it took to reach his level of success.

On Saturday night fans filled the Guam greyhound park for two big acts from the mainland. rapper Petey Pablo and Grammy nominated reggae artist Shaggy. So how did Shaggy get his start? “You know I had a knack for music, I had a knack for coming up with great rhymes,” said Shaggy adding, “so when I was in school I used to do it because it got me attention.”

Shaggy went from getting attention to getting money and lots of it. “Oh Carolina was one of my first big records that jumped out and they gave me a million dollars. I wrote Mr. Boombastic and they gave me another million and I was look ooh I could get used to this,” said Shaggy.

It wasn’t just his knack for music and rhymes that got Shaggy to where he is today. “Networking is a lot what we call shaking hands and kissing babies. You’re not just selling just your music you’re selling your personality at the same time,” said the Reggae artist.

The biggest piece of advice from Shaggy is putting in some good old-fashioned hard work. “Doesn’t matter if you are the greatest singer in the world it matters how hard you work,” said Shaggy adding, “You have a person that is an incredible singer just blows you away when they open their mouth and then you have somebody who can’t sing and the person who can’t sing actually makes it over the person who can sing. Because the person who can’t sing is willing to do the work, is willing to go out there and do the interviews and shake the hands and being personable and drive long hours from radio stations to radio stations and go hard.” Shaggy said success comes from giving it your all. “In anything you do unless you decide that you’re going to go 100 percent hard you get up every morning and you want it really bad and you dream it, I’m not the best reggae artists there’s a ton of guys I look up to…but they will never out work me,” said Shaggy adding, “That is what life is about. That is what winning is about. Going absolutely hard. Don’t worry about sleeping and resting there will be time to sleep when you are dead.”

The last time Shaggy was on Guam was over ten years ago. This time around Shaggy says he hopes it won’t take as long for him to return.