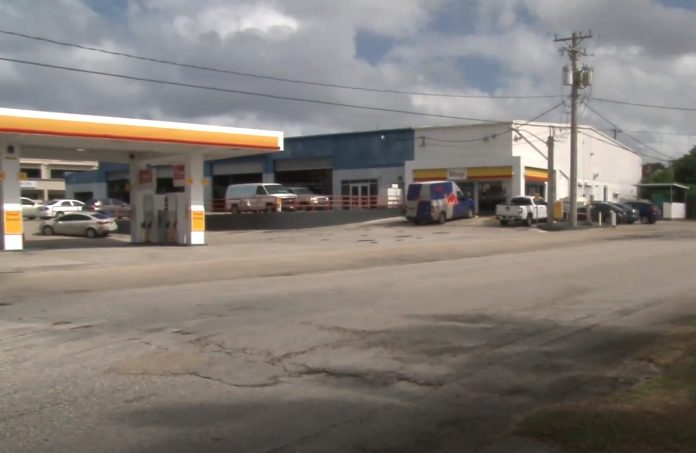 Shell attendant Elvio Ordanza working the night shift when the men entered the store about 10:30 p.m.

Ordanza said said the one of the men threatened her with a long knife. She said he made a stabbing motion at her.

“After they left, they just walked … behind King’s .. then, I called the cops,” Ordanza said.

Initially, Ordanza said, one of the robbers came in wanting to buy beer. She asked for ID, he refused and walked out, only to come back a moment later with the other robber and a knife. The robbers went into the cooler and took out a case of beer.

“The other guy with the chubby wearing black shirt took the Heineken beer, the one case. Then the tall guy who was wearing sweater with the hood went straight to the chiller and got two 12-packs of Budweiser,” Ordanza said.

“The actual person had a knife there at Shell gas station. GPD was going around looking for them. So you know I was going around Rt. 14 and the backside of AK and we’d didn’t see anyone walking,” Rivera said.

She described the robbers as Micronesian.

No one was injured and the Guam Police Department is now investigating the incident.