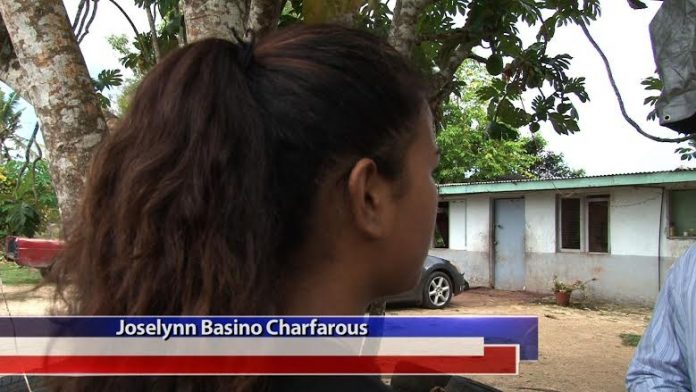 “Either if we’re walking in or driving in they would always flick us off calling us stupid dirty Chuukese people telling us to go back to our island why are we here on Guam.” – Joselynn Basinio Charfarous niece of shooting victim.

Guam – Dededo Mayor Melissa Savares says the shooting incident on nevermind road stems from an ongoing feud between two families. In fact we spoke to the family of the shooting victim and they say this isn’t the first time they’ve been shot at.

“This is the third time using their gun on us the first time they would shoot at my auntie they shot at her car they called her names they flicked her off too,” said Joselynn Basinio Charfarous adding, “Either if we’re walking in or driving in they would always flick us off calling us stupid dirty Chuukese people telling us to go back to our island why are we here on Guam.” Joselynn is half CHamoru half Chuukese. She says her uncle is Mailo Antonis the 22 year old man who police say was shot by 25 year old Nathan Camacho who lives just a few yards away.

This latest shooting incident seems to have stemmed from an ongoing family feud between the Charfarous and their extended family members and the Cruz/Camacho family that lives next door. Both families live on Chamorro Land Trust Property. Dededo Mayor Melissa Savarres explained saying, “These two particular families actually have had this particular misunderstanding with each other for many years it didn’t just happen Saturday. But both families are there legally we have the Camacho in the front and then the Charfarous relatives passing through to get to their property in the back.”

Savares and the Charfarous family say this is where a lot of the trouble seems to start, on the dirt road that gives the Charfarous family access to their home. The Charfarous family has to pass by the Camacho family to get to their home and this is where they say a lot of the confrontations begin. Joselynn says that on the day her aunties car was shot at the Camacho family members were yelling at her to slow down. “They used that excuse many times, the slow down you guys are driving too fast. We’re not driving fast,” said Charfarous adding, “They would like to always cause things with us always calling us names cussing at us they even like to harass my uncle at the store even when he’s not doing anything.”

Charfarous says the day her uncle was shot, he was confronting the Camacho family after they had started trouble with him at the store nearby. So he went next door with a bat and got shot in the leg. “It’s stupid I don’t know why they shot him. Well yes he went on their land but it’s only to scare them because of what they’ve been doing to him he never did anything to them he never harassed them they would always do that to him it’s just he got fed up with it,” said Charfarous.

Savarres says GPD has responded to this area numerous times over the past several years. The mayor even went to the area with GPD to talk to both families but the feud has never been resolved. Savares says she is planning on setting up some form of mediation between the two families.