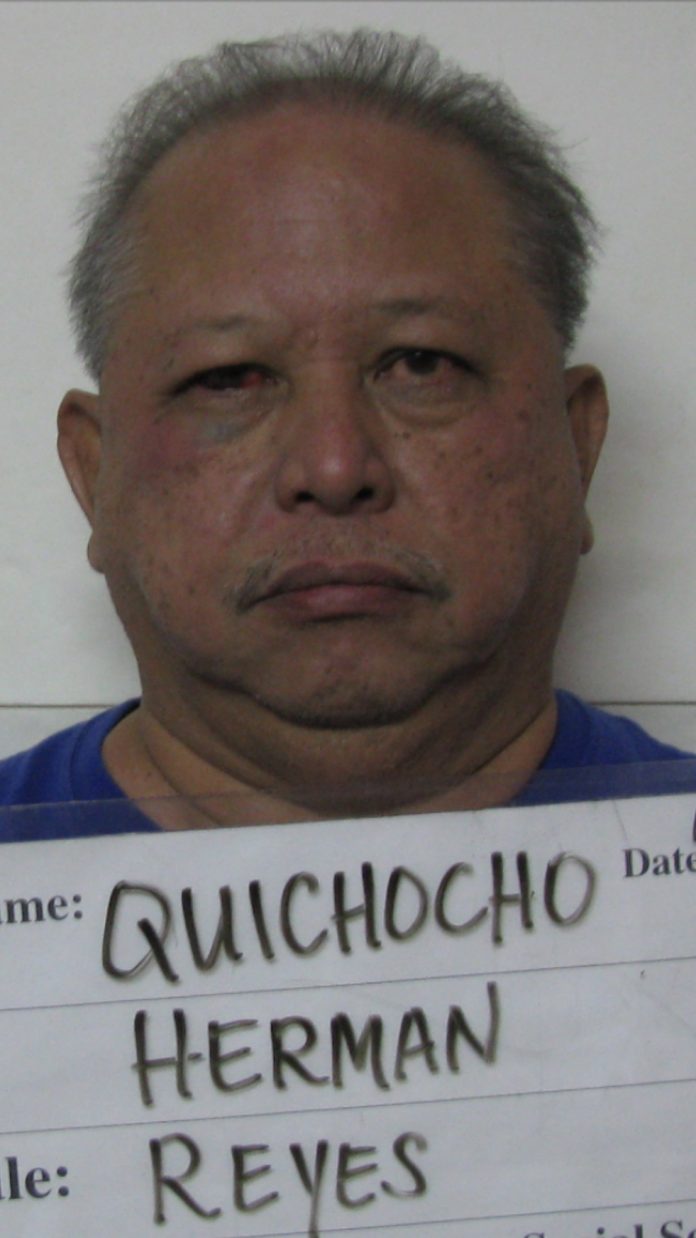 Guam – The Bible says, “Love thyself as you would love your neighbor.” That might not have been the case in this particular incident, as an altercation between neighbors ended with one man shot and another charged with attempted murder.

62-year-old Herman Quichocho of Chalan Pago allegedly told police that he was attempting to scare off his neighbors when he fired several shots up into the air on Wednesday.

According to court documents, the victim claims Quichocho threatened to kill the victim’s sister and family. The verbal threats exchanged allegedly led to Quichocho pushing the victim to the ground and in return the victim punching the defendant in the face.

“It was noted that Mr. Quichocho had retrieved his rifle from his home and fired it in the air and towards the direction of the victim. Officers were able to locate the rifle used by Mr. Quichocho, to include expended shell casings which were later confiscated for evidence,” stated GPD Spokesman Sgt Paul Tapao.

Court documents state that the victim was ushering his family back into their home, when he noticed dirt “pop out of the ground” and multiple bangs which sounded like gunfire. The complaint goes on to say, “immediately after the victim stated he felt a sharp pain in his left foot which turned out to be a bullet wound.”

“Through the course of the investigation, officers later determined the altercation had steamed from an argument over burning at the two homes,” explained Tapao.

Quichocho is charged with attempted murder, possession of a deadly weapon in the commission of a crime, aggravated assault and reckless conduct.