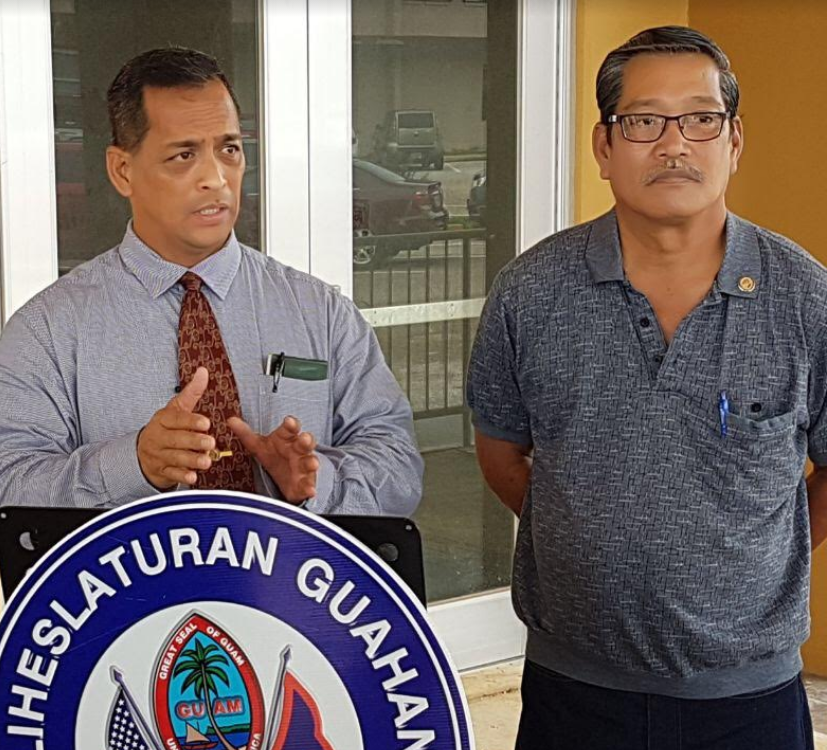 If passed, Bill 204 would designate the GDOE as the procuring entity for the long-stalled project, and would ax DPW from the process.

Guam – It is no secret that Simon Sanchez High School is in desperate need of repair.

In fact its students, faculty, and staff have waited nearly four years for promised renovations. But at present, the multi-million dollar bid to reconstruct the dilapidated campus is at another standstill.

“This issue has cast a dark shadow over Simon Sanchez. The headlines say it all. It’s a stigma we need to detach from,” announced Aguon in a press conference. “Today, I am introducing a measure that will designate the Guam Department of Education as the sole procurement entity for a contractor for the construction of a new Simon Sanchez High School campus.”

The measure not only places GDOE in the driver seat of the procurement process, it removes the Department of Public Works entirely.

“It is unfortunate that our students have been caught in the middle of a battle between competing contractors and the Department of Public Works. It is time to give the Guam Department of Education the authority to handle this very important matter, if only to protect the substantial interest of the territory,” Sen. Aguon said.

Originally, a selection committee comprised of the director of DPW, director of the Department of Land Management, Guam EPA, and the Guam Economic Development Authority determined the winning bidder. But if Bill 204 passes, that decision would rest solely on GDOE.

The measure doesn’t specify whether this will affect the current protest on the recent invitation for bid or if GDOE should continue to use an IFB. It simply addresses who evaluates the bidders. And that responsibility, if the measure passes, will fall on the superintendent.

But perhaps, the biggest change in this measure is the protection from unnecessary protests. For the last four years, protests have stagnated the procurement process.

Some lawmakers have argued that the protests, though time-consuming, are necessary to protect the people of Guam from over-spending on a project. But if the measure passes, GDOE and the Attorney General would have the power to veto protests as they see fit.

In that event, the measure does not specify whether Simon Sanchez High School would be susceptible to price hikes from the winning bidder. Previous measures have sought to cap the costs of replacing the dilapidated campus. Pricing was also a source of contention and the focus of protests in the past.