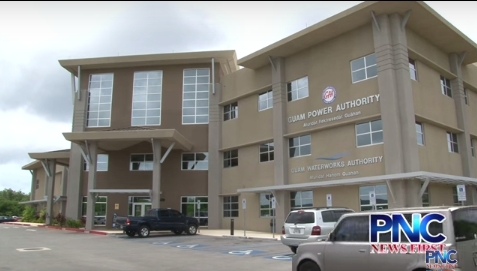 Guam – Should Guam Privatize it’s utilities? One longtime and successful Businessman on Guam says privatizing GPA and GWA could pay off the more than 1 billion dollars in debt the utility has and ultimately benefit the ratepayers. Al Ysrael says it’s time people started to think about privatizing.

“We have about a billion dollars worth of debt, what better way off to pay off that debt than selling GPA/GWA? Privatize it and use the proceeds to pay off the debt,” said Ysrael.

Speaking at the Dusit Thani Resort, a building owned by Ysrael, the longtime Guam resident says GPA and GWA’s borrowing on the bond market has put Guam ratepayers in a bad position. He says GPA and GWA do not bring in enough revenue to justify the amount they are borrowing. He also says there is a direct precedent on Guam that shows how successful privatizing a utility can be. GTA. Ysrael says a sell off of GPA and GWA could be successful with the same conditions under which GTA was sold.

“And within the same conditions as they placed on the Guam Telephone Authority. You can’t lay off employees, you’ve got to keep the existing employees to protect them, Fine they did that. It just so happens that, by attrition GTA just let the employees go without rehiring somebody for the same position,” says Ysrael.

Ysrael says GTA service is outstanding, even better than it was when Gov Guam ran it.  But there are some issues with privatizing Guam’s Utilities.  What about rates? Would they go up? Who would protect the rates against private companies? According to Ysrael, under a privatized utility, there would still be a rate board that would regulate the companies.

This is a standard practice with U.S. utility companies. Investor-owned utilities or IOU’s are private electricity or natural gas providers. In California, IOU’s make up three quarters of the states electricity providers and are regulated by the California Public Utilities Commission or the CPUC.

He says private companies would see value in Guam’s utilities, even with GPA in a transitional phase. GPA has two aging power plants in Cabras 1 and 2 and, at the current moment, two non-working units in Cabras 3 and 4.

Ysrael says, “They know the potential. Gov Guam running it as an entity does not realize the full potential of what they have. To them its just a place to dump more employees, more voters.”

On a final note Ysrael says  “with Gov Guam, the only way to come up with new facilities is to borrow more money and there will still be the same results, inefficiency. It’s a trademark of government of Guam.”