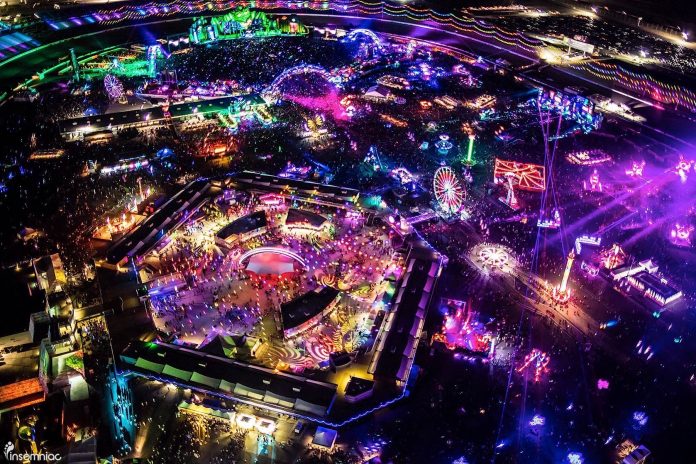 Nicholas Shoemake, 27, says he wants to attend EDC for a conference because he wants to further his career in music production and sound engineering.

Guam – One of the defendants in the medical transport fraud case is asking for permission to travel to Las Vegas so he can attend EDC, or Electric Daisy Carnival.

EDC is an electronic music dance festival held throughout various major cities throughout the world where hundreds of thousands of people gather for one huge dance party. Nicholas Shoemake filed a motion to travel to Las Vegas, Nevada, from June 12 to 21.

But the US Attorney’s Office is opposing the motion, noting that the 27-year-old will only be a five-hour drive away from Mexico. Given a possible jail term of up to 21 years in prison if convicted, “he has an incentive to flee across the Mexican border.”

In addition, the prosecution points out that Shoemake is indigent and could not afford his own attorney, and yet is asking to travel to Las Vegas.

However, in court filings, Shoemake’s attorneys note that Shoemake had already made the reservations for this trip well before he was indicted. Shoemake also says that he would like to attend an EDC conference to learn more about music production and sound engineering. Shoemake “has diligently worked on Guam to eventually turn it into a career,” court papers state.

Prosecutors aren’t buying Shoemake’s claims. The US Attorney’s Office points out that Shoemake had never previously revealed that he ever studied music production or that he’s ever held any job in that capacity.

The prosecution also argues that the documents showing Shoemake’s reservations don’t offer any proof that the reservations were paid for and that the conference will only be held for three days. Shoemake’s travel request is for 10 days.

Shoemake, his father Clifford Shoemake and a third defendant, Kimberly Casey Conner are accused of defrauding the federal government out of millions of dollars by falsifying Medicare claims through their now closed company Guam Medical Transport.