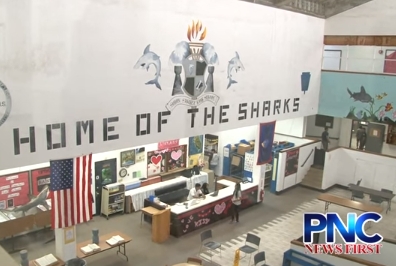 GEFF proposed that building a new school would be the better route.

Guam – There will be a new Simon Sanchez High School campus.

This is part of the negotiation for the dilapidated Yigo campus with the Department of Education, Department of Public Works, and the top offerer for the Request for Proposal Guam Education Facilities Foundation.

GDOE Acting Deputy Superintendent Chris Anderson says, “The Department of Education is optimistic and hopeful that we’ll be able to push through negotiations so we’ll have a contractor identified so we have some movement of building or renovating Simon Sanchez High School, the new one.”
DPW Deputy Director Felix Benavente says since the plan for Sanchez now favors building a brand new facility, GDOE would have to come up with a transition plan so that classroom instruction and operation at the school will not be interrupted.
As far as how Sanchez would look like, Benavente says they recently completed a walk-through of Okkodo High School, which is one of the latest additions to the GDOE schools and one that was built from scratch. Benavente explains that they wanted to see how Okkodo was structured, such as the specification of classrooms and hallways.
Part of the $100-million RFP to fix up the schools states that after negotiations are set and a contract is in place, GEFF will have two years to complete the new campus once construction starts.
The second part of the RFP states that whatever funding is left after building a new Sanchez High would be used for a master facilities plan to renovate or patch up the rest of the GDOE schools. Benavente says it’s up to GDOE to conjure up a list of schools that need repair after Sanchez High. However, GDOE Superintendent Jon Fernandez explained to PNC that Okkodo cost about $60 million to build. If they were to base Sanchez renovations on that estimate, that would leave only about $40 million to expend among the other 34 schools.