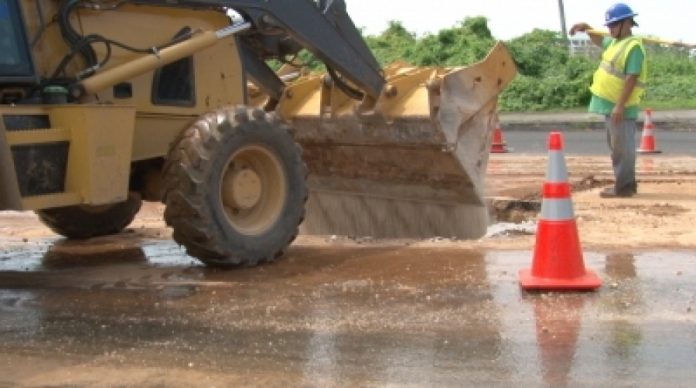 The sinkhole was reported Sunday morning of the opening ceremonies for FestPac.

Guam – The sinkhole that caused delays in traffic for the opening ceremonies of FestPac is fixed. The sinkhole formed on route 4, not that far from Chamorro village. Guam Waterworks Authority Spokesperson Heidi Ballendorf says that the sinkhole was caused by a broken pipe. Ballendorf says no houses lost water as a result of the severed pipeline.