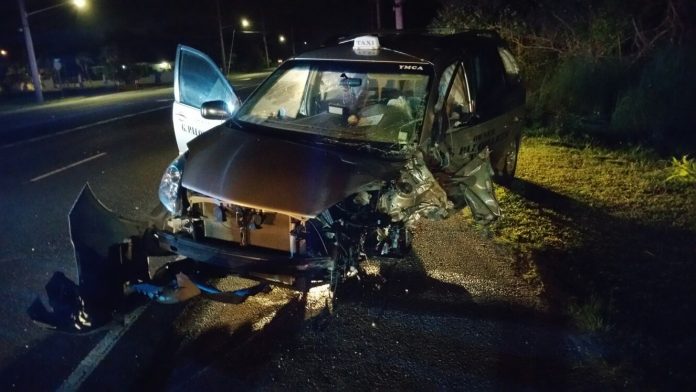 One incident took place in Dededo, the other in Yigo.

Guam – A total of six people were sent to the hospital following two separate car accidents over the weekend.

According to Guam Fire Department Spokesperson Kevin Reilly, just after 4 am on Sunday morning, GFD units responded to two serious motor vehicle crashes. One incident took place across Ypaopao Estates in Dededo and the other accident was located across G Mart in Yigo. Reilly says both accidents were head on collisions.

According to GMH Spokeswoman June Perez, the six male car accident patients arrived at GMH Sunday morning. Two brothers ages 21 and 23 remain at GMH with the 23 year old on life support. All others were discharged Sunday.