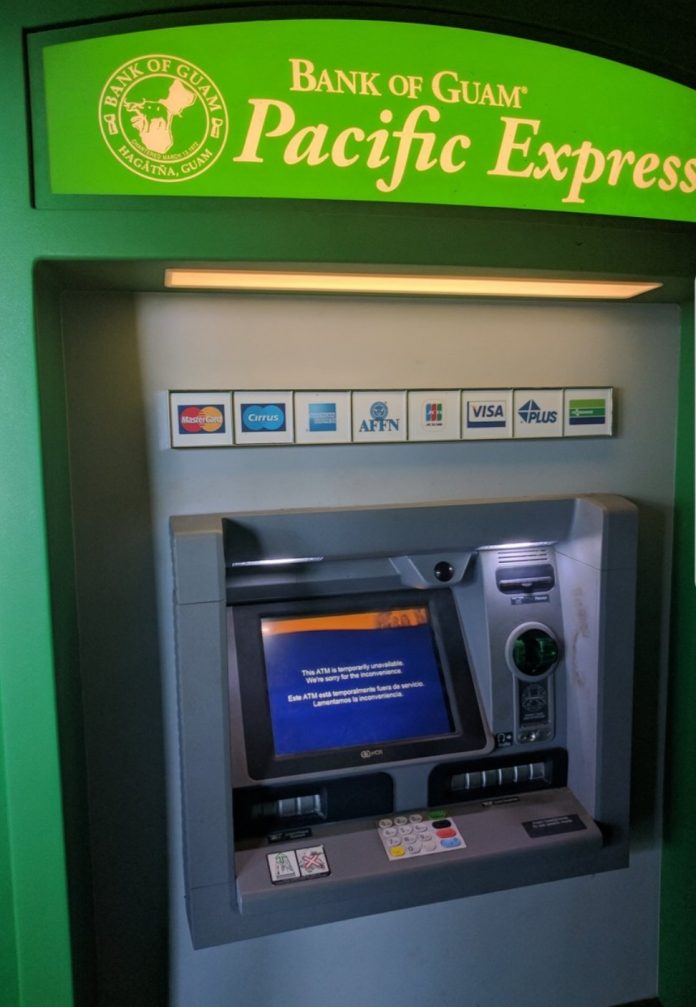 Guam – If you plan to withdraw money from an ATM, you may want to practice a little more caution. As a skimming device has been discovered on a Bank of Guam ATM.

You may have heard about instances like this occurring in the US, but appearently the tactic is now being used right here on island.

The scheme involves placing a skimming device over the card slot of an ATM machine.

As you can see in this picture the device is identical to the ATM’s card insert slot.

It allows the scammer to collect sensitive data on your account.

You’re encouraged to report anything that looks different or out of place when using an ATM.

Here are a few safety precautions to keep in mind:

1. Always scrutinize ATMs prior to using by checking the card reader to see if it appears oddly fitted and check if it easily shakes when force is applied.
2. Try to cover the key pin when entering your pin number as to obstruct the view of foreign placed pin hole cameras.
3. Routinely check your bank statements to make sure your account has not been breached in anyway and immediately report your findings to your bank.
4. Be extra careful as “Skimmers” may still be within the vicinity of their device and once discovered, they may approach in attempts to retrieve their device.

Bank of Guam Interim President & CEO Joaquin Cook confirms that this particular device shown in the picture was discovered on a Bank of Guam ATM at the Micronesia Mall last night.

He says the device was immediately removed and that the Bank has inspected all other ATMs and are confident that no other ATMs have been affected by skimming devices.

GPD Spokesman Sgt Paul Tapao says the person who reported the skimmer was approached by an unknown male, who was described as possibly European with a medium build and having a dark complexion.

Tapao says the mystery man insisted that he himself had to take the device to police. And that the complainant protested, so the man walked away without further incident.

Information and evidence has been forwarded to the United States Secret Service. Anyone with further information about this case is asked to contact the Guam Police Department or the Federal Bureau of Investigation.