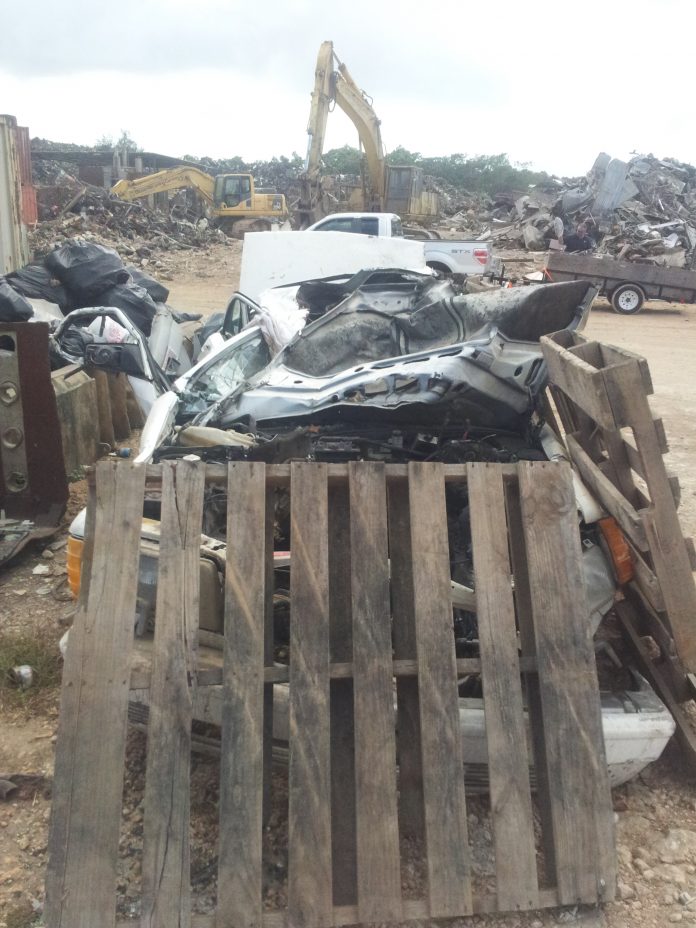 Detectives were called to a recycling facility in Dededo yesterday, after employees reported finding a human skull inside one of the vehicles they were about to crush.

Guam – Employees at Global Recycling weren’t sure exactly what they found in the backseat of a Mercedes brought to the Dededo facility for recycling this week but it appears their suspicions were true.

“It seemed to be a severed human skull that was found in the back of a junk car that was towed in,” Supervisor Alan Chu told PNC.

Chu didn’t believe the skull was from a recent death.

“I’m not an expert or anything but just by looking at it it appeared to be old,” Chu said. “It seemed to be that it had been staying there for quite awhile.”

The skull was found in the backseat of a vehicle as the staff was dismantling it to be recycled for scrap metal.

This might not be the first time this skull was discovered. Medical Examiner Dr Aurelio Espinola told PNC he examined the same skull before. He couldn’t tell us how long ago he’d looked at the case but he said it’s been several years.

According to the medical examiner the skull belongs to a young female. As for the vehicle the skull was found in Chu says it was brought in for recycling only a few days ago.

Guam Police Department Spokesman Office AJ Balajadia confirmed that officers did respond to a reported found skull at the recycling facility yesterday. He said the criminal investigations section would conduct a follow up investigation.