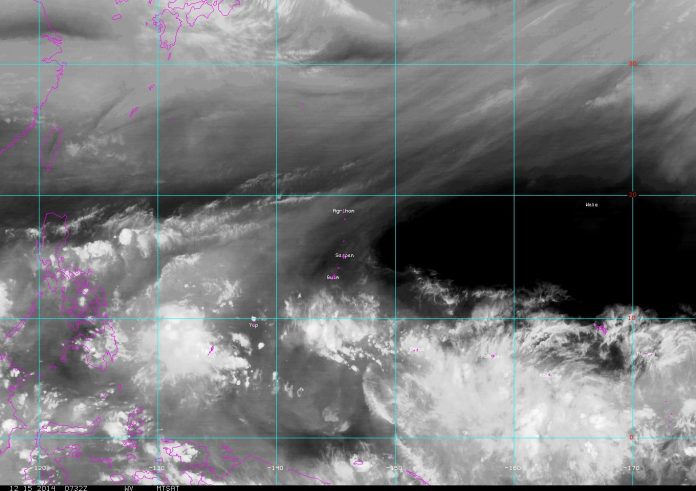 (Courtesy of NWS) An increase in winds and waves might cause small craft and high surf advisories this week.

Guam – “Winds and waves will increase today through Tuesday, so conditions winds need to be monitored for possibility of small craft and high surf advisories,” The National weather Service says in a statement.

“Another trade-wind surge appears to be in store for later this week and high surf and small craft advisories are more likely by then,” NWS explains.

Edson adds that winds can go up to 20 miles per hour whereas they usually reach 15mph.

Guam is currently situated between a shear line to the north and a trough to the south. A trough, known as an area of low pressure, is moving westwards which can cause an increase in winds and clouds as well today.

“Pressure gradients are tightening across the region and a trade-wind trough moving by just to our south will also help cause an increase in winds today along with a marginal increase in clouds,” NWS says in a statement.

Despite all the features that increase winds and clouds, NWS is forecasting isolated showers for the rest of the week with a 20% chance of rain.

TUESDAY NIGHT THROUGH FRIDAY…PARTLY CLOUDY WITH ISOLATED SHOWERS. EAST WINDS 15 TO 20 MPH. LOWS AROUND 77. HIGHS AROUND 89.