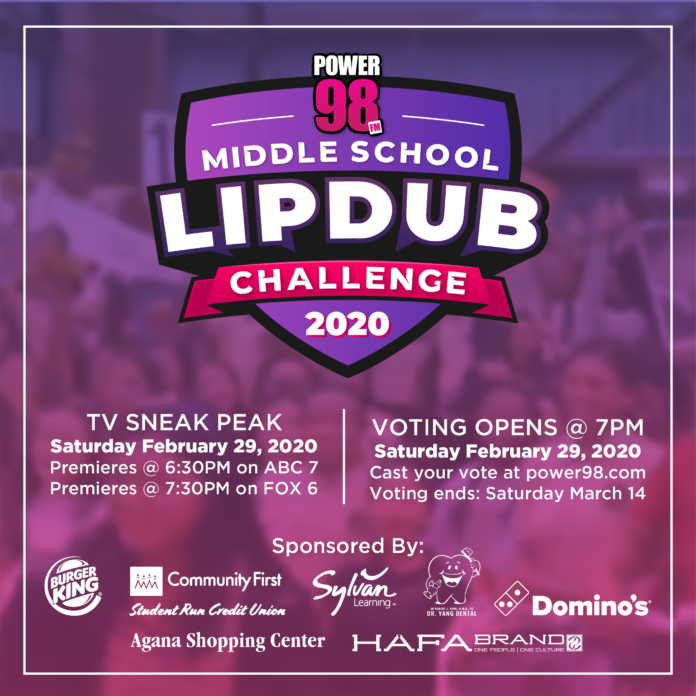 Over the past few weeks, eighth-grade students around the island have been preparing and recording their lip dub video for submission to win cash from the Sorensen Media Group in its 3rd Annual Middle School Lip Dub Challenge.

A total of eight middle schools around the island submitted their lip dub videos for a chance to win money for their graduating class to use how ever they want.

Students also have the chance to win prize packages from sponsors.

Watch the television sneak peek of their videos tomorrow, Saturday, Feb. 29 at 6:30 pm on ABC 7 and again at 7:30 pm on Fox 6. Then, after the 6:30 pm showing, viewers can cast votes for their favorite middle school lip dub video by logging on to Power 98.com. Voting will end on March 14.

The winners will be announced at the Agana Shopping Center on March 15 starting at 1 pm.