Guam -Guam Police have arrested another suspect in last August’s Smile Market robbery, and other robberies as well.

This past Wednesday, January 16th, GPD Spokesman Officer A.J. Balajadia reported the arrest of 24 year old Joseph James Cruz Iriarte for the Smile Market robbery as well as a burglary at the Bay View Hotel.  Iriarte  already in DOC on other charges.

On Friday, Offcier Balajadia reported that 36 year old Clarence Glen Aldan has also been arrested for the Smile Market robbery and he has been charged with  Robbery, Criminal Facilitation, Conspiracy and 8 of counts Burglary.

In addition, Officer Balajadia says fellow inmate at DOC, Gregorio Jason Pangelinan is believed to have been an accomplice of Aldan in burglarizing a residence and a business. The 27 year old Pangelinan “was transported to the Tumon/Tamuning Precinct” says Balajadia, where he was charged with 2 counts of Burglary. 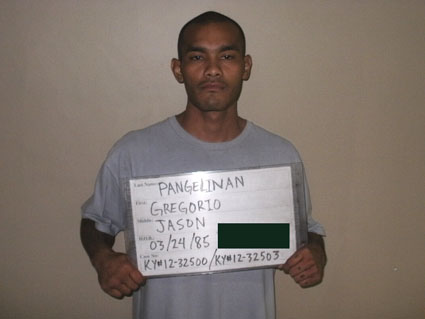