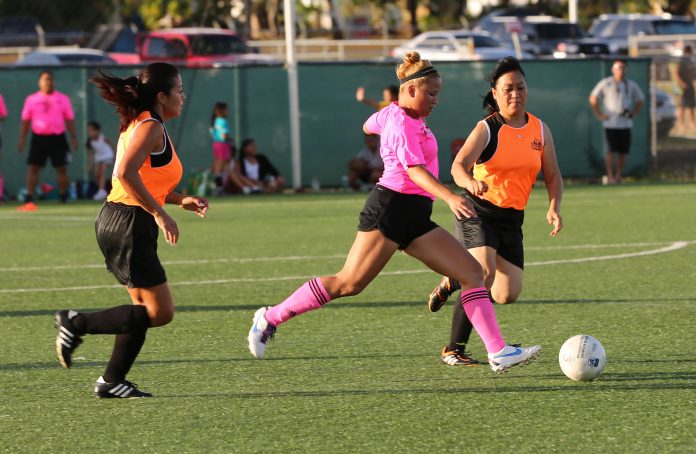 Guam – Evening matches made quite the difference for hundreds of players in the Guam Football Association Soccer Moms League during Week 5 at the GFA National Training Center.

“Compared to previous weeks playing in the afternoon, you could see how the heat from the sun affects the way you play,” said Arlena Gofigan of the Heat Wave after her 7:10 p.m. match. “Of course, the night time game felt a lot cooler, which I enjoyed. One minor thing for me about the night games is having to make the long drive back home to Umatac at a later time in the evening after the game – but it’s okay.

[The Island Girls and Crush Hers play in a Week 5 match of the Guam Football Association Soccer Moms League at the GFA National Training Center.]

“Overall, I just enjoy playing in the league with my teammates during day or night games. I love my team – we all get along great, the energy is there from all the players and camaraderie is good,” added Gofigan.

For Betty Ann Buentipo, the league has given her another outlet for fun on the weekends. 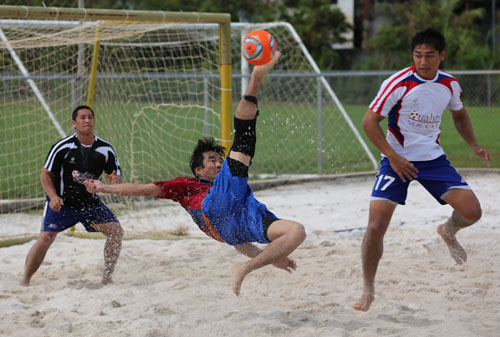 [The Supersonics’ Ealani Flores and the Lady Bombers’ Heather Rodriguez battle for possession of the ball during a Week 5 match of the Guam Football Association Soccer Moms League at the GFA National Training Center.]

“If I wasn’t playing soccer in the Soccer Moms League, I might be on schedule working as an ER nurse, or maybe doing something else, like enjoying the beach with my family,” said Buentipo, who plays for the Supersonics, a soccer moms team made up of U.S. Air Force Reservists. “When Coach Jean (Arroyo) mentioned the league starting up last year, I thought it would be fun to try – I’ve played sports in high school, but just not soccer. Playing in the league is a way to incorporate another fitness activity into my schedule. So far, it’s been fun, but surprisingly, it can get competitive. Even though it’s a recreational league, we still don’t want to lose. 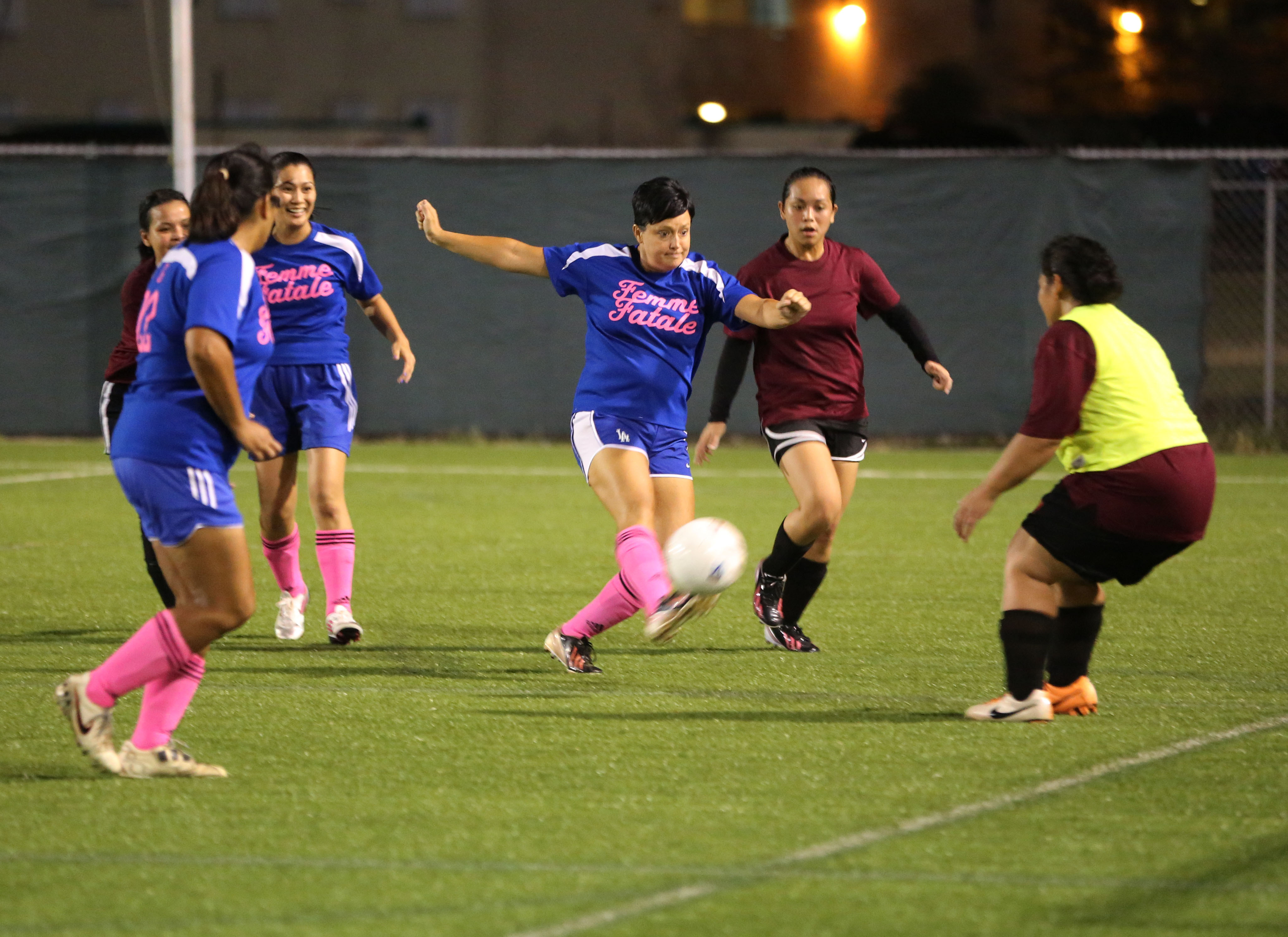 “I’d like to get my son involved in soccer soon too – he’s just three years old now, but I would really like for him to play this sport,” added the Yigo resident.
The closing week of the Soccer Moms League has been scheduled for April 27, taking a week break in observance of Easter Sunday. The Supersonics will take center stage against Crush Hers at the lone 5 p.m. match on the lower turf A pitch, followed by the Island Girls taking on the Queen Cobras at 6 p.m. The Lady Bombers also will play at 6 p.m. against the Pika Moms on the adjacent lower turf B pitch. The 7:10 p.m. matches will feature the Dededo Divas playing the 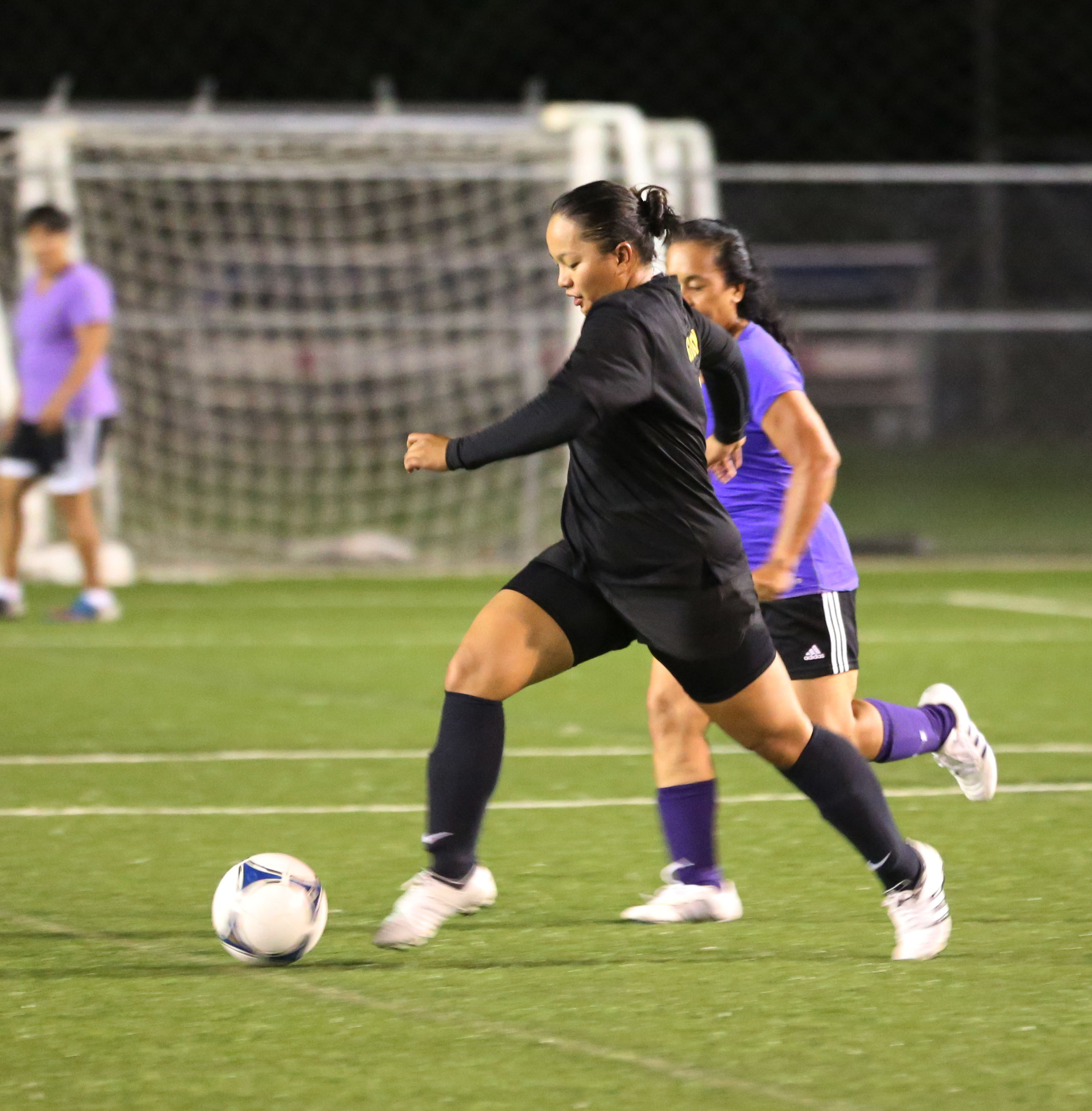 For more information about the Women’s Intermediate 7-A-Side League eligibility and rules, contact GFA Women’s Administrator Grace Martinez through E-mail at dgmgroup8@yahoo.com or call the GFA Main Office at 637-4321.