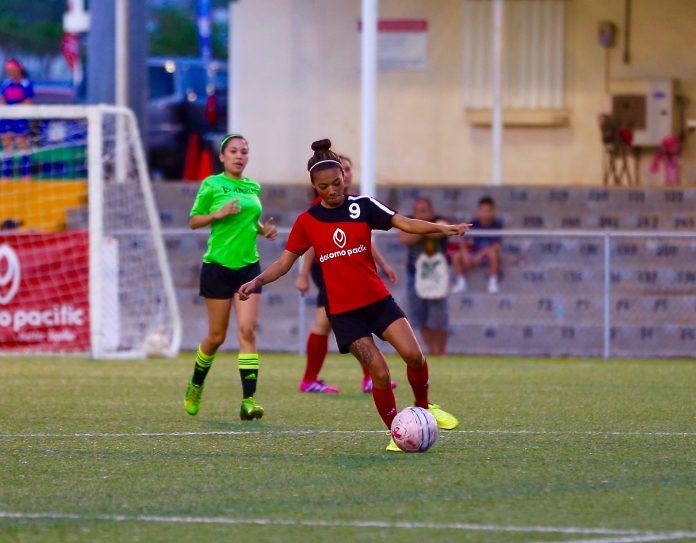 “What better way to complete our Mother’s Day celebration than to spend it with other moms on the field playing soccer together,” said Lupe Guzman of the Quality Distributors Momsters. “My family and I were busy today – we started in the morning going to the store to buy food to prepare brunch for my mom at her home, and then after, my kids and I went to Chuck E. Cheese’s for a birthday party. After, I prepared to play my soccer match.”

Guzman, who has played for Quality in the Soccer Moms League since the league started in 2013, contributed a hat trick in the Momsters’ match against Bank of Guam Team Ifit, filling in for the Warriors at the 6 p.m. time slot.

Matches are played on Sundays beginning at 5 p.m. A full schedule for both leagues is available on GFA’s Web site: http://www.guamfa.com/all-leagues-womens-recreational-results