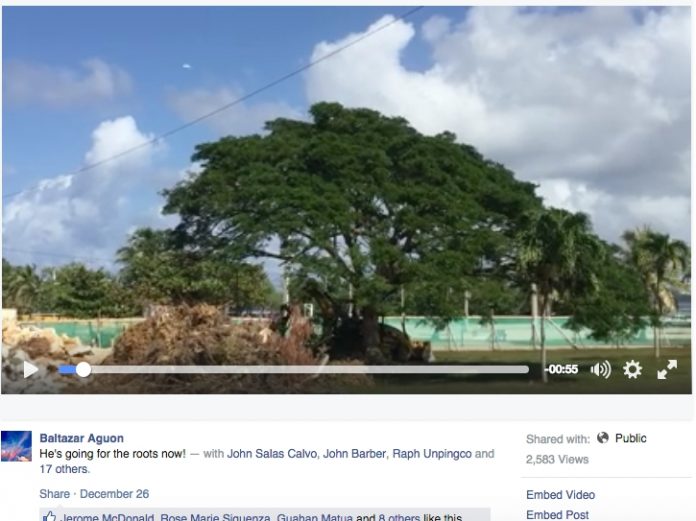 A Facebook video shows a monkeypod tree being taken down.

Guam – Social media was buzzing the past coupe of days over a monkey pod tree that was uprooted in Paseo and the governors office says it was because this particular tree was a safety hazard.

“It was taken down, one in preparation for FestPac, but it’s also a major safety concern. The tree was actually in deteriorating condition, we were worried that it would be uprooted at some point in the future, and may fall and potentially hurt one of our people, we don’t want in the future to see that happen and think back why didn’t we take care of it now, so we did take care of it now,” said Blas

Blas says there are still two monkey pod trees standing in the area.