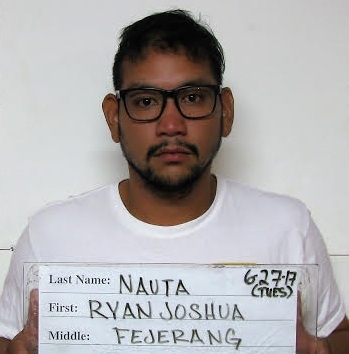 Police say Nauta identified himself as “John Cruz” and purchased $14,000 worth of items from Pacific Tyre and charged it to Sodexo’s account.

Guam – An employee of Sodexo has been arrested for posing as another employee in order to authorize transactions that turned out to be fraudulent.

A magistrate report says that Ryan Joshua Fejerang Nauta, 29, visited Pacific Tyre for several weeks and purchased items from the company on behalf of Sodexo and charged it to Sodexo’s account. Police say Nauta identified himself as “John Cruz” but made the mistake of providing his own personal cell phone number as contact information.

When Pacific Tyre contacted Sodexo to collect the $14,000 outstanding balance, Sodexo informed Pacific Tyre that there was no “John Cruz” who worked for them. Sodexo management, however, cross-checked the phone number provided by “John Cruz” and determined that it did belong to a Sodexo employee who was identified as Nauta.

Police say through Sodexo and Pacific Tyre’s joint investigation, they were able to take photographs of Nauta entering Pacific Tyre posing as “John Cruz” and conducting transactions on behalf of Sodexo.

Nauta was charged with theft by deception as a second degree felony.