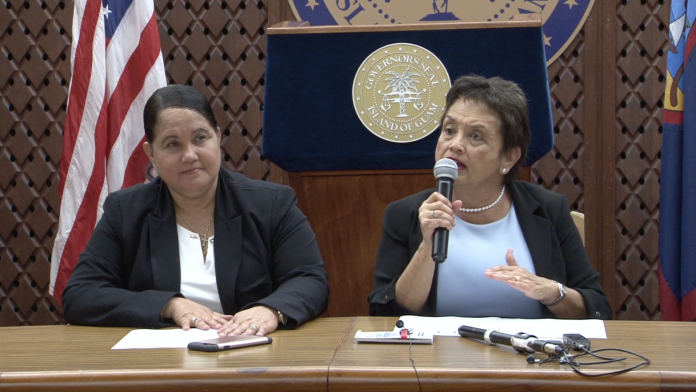 Guam – After eleven-years under a federal receivership, the Government of Guam will finally oversee the day-to-day operations of Guam’s solid waste management services effective April 30. During a press conference Wednesday, the administration’s fiscal team talked about plans to finance remaining requirements.

Representatives from different government agencies attended a press conference Wednesday, where Gov. Lou Leon Guerrero spoke about the collective effort and teamwork that led to the transfer of management authority of the island’s solid waste operations.

Leon Guerrero also acknowledged the fiscal team for developing a financial plan to fund Layon cell no. three, as well as the post-closure costs for the former solid waste site

“Their demonstration of their knowledge and expertise, really, I think was very influential in the judge feeling really comfortable and good about ending the receivership.” Leon Guerrero said.

Guam Economic Development Administrator Melanie Mendiola talked about a 12-year bond strategy the authority has put together for up to $30 million dollars. She said the proposal is expected to draw a very low interest rate due to its tax exempt status.

The governor also talked about sustainability and strategies to reduce overall waste byproducts through aggressive recycling programs. She added that recently there was a sustainability conference at the University of Guam that focused on multiple forms of recycling, particularly on the reuse of waste products.