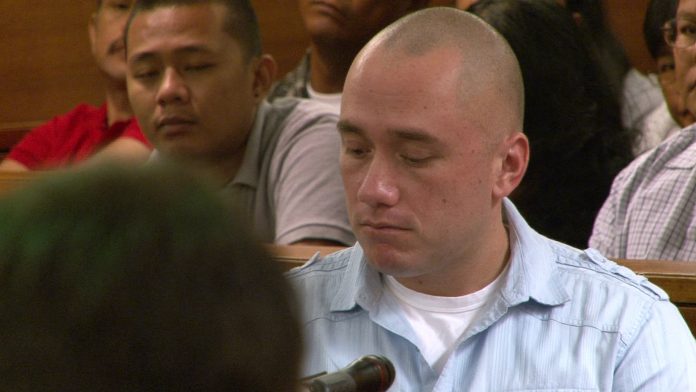 Today’s hearing had to be canceled and rescheduled because Judge Michael Bordallo is ill.

Guam – Some of the pending FBI reports have been received in the Mark Torre murder case, according to Lead Prosecutor Attorney Phil Tydingco. He was anticipating notifying the judge about the progress in the case but the hearing had to be rescheduled.

A pre-trial conference was supposed to begin today at 9 am for former Police Officer Mark Torre Jr. who’s facing murder charges in the death of fellow officer Sgt. Elbert PIolo.

“Well the hearing was canceled and rescheduled due to the judge being ill and so it’s rescheduled to Monday, July 11 at 9 am and so we’ll take up the issues, if you recall, it’s the follow up on trial scheduling dates, deadlines and other issues related to outstanding discovery and evidence issues. I’ve also filed a status, disposition of that with the court,” explains Tydingco.

Prosecutor Phil Tydingco submitted the status of the FBI reports and DNA analysis. Based on court filings, some of the evidence includes the clothing worn by Piolo and Torre the night of the shooting, swabs of blood evidence inside Piolo’s truck, outside his truck and surrounding areas, the gun and bullet used in the shooting, debris from the vehicle, a DNA sample of Torre, autopsy reports, body cam footage, cell phones, surveillance footage from the bar where Piolo and Torre reportedly came from before the shooting occurred, 911 recordings, and others.

“There are different pieces of evidence. Some of it was tested, came back, we have a report. Others I’m probably not gonna have it tested,” he says. “Other is on its way and we’ll see what the FBI says.”