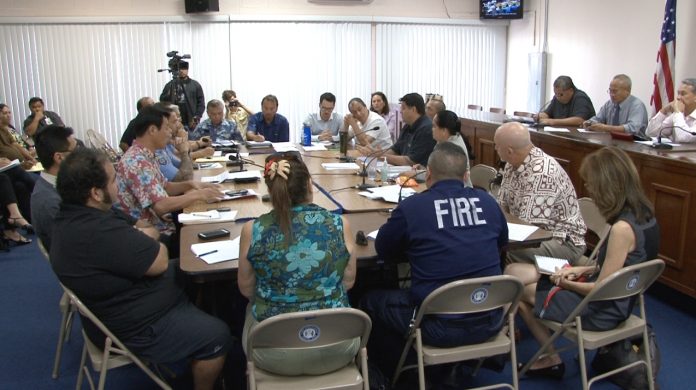 Lawmakers and stakeholders gathered to discuss how Guam would potentially handle a new growing industry on Island: The Bed and Breakfast.

Guam – Today (Thursday), lawmakers and stakeholders gathered to discuss how Guam would potentially handle a new growing industry on Island: The Bed and Breakfast.

“As a B and B operator, it really hurts to hear some of these comments. We offer a really high quality product and some of these proposed regulations will absolutely kill us,” said Paul Sablan, a bed and breakfast operator.

Sablan appeared before stakeholders from the tourism industry at a roundtable hearing this morning (Thursday) on the rise of “B and B’s” on Guam. At the center of the controversy is the question of how to legitimize bed and breakfasts, vacation rentals and air b and b on Guam. Stakeholders like Alfredo Bustamante say that these bed and breakfasts on Guam are unregulated and therefore dangerous.

“If you’re going to have tourists come in from Korea, from China from Russia, from wherever they can and they come to Guam for hospitality, then you have to provide them with safety,” said Bustamante. “When you’re running one room, it’s ok but when you’re running five room, six room, then you [have to] have security. Another thing is you have to have liability insurance. [If] I fall in the house, I broke my leg who I know, who I sue, who take care of me?…nobody. We don’t have laws in Guam that protect our tourists from bed and breakfast.”

Sablan and Guest House Operator Tae Oh worry that putting regulations and restrictions on the “B and B” and guest house’s will kill the industry, which is still in it’s infancy. At the hearing, Sablan noted that he attempted to apply for a license with rev and Tax but was referred to the Department of Land Management where he said he was asked to abide by regulations that were “made up.” He also said he submitted an application to become a member of the Guam Hotel and Restaurant Association but was denied. GHRA President Mary Rhoades explains that the association does not currently have anything in place to specifically deal with smaller operators such as “b and b’s.”

“If you have less than a hundred rooms, you pay a flat rate. With the application we received $8.95, that’s on a per room basis if you’re over 100 rooms. So that’s why I’m saying, right now, for any b and b or guest houses or rentals, we don’t have a category for say one room. Our minimum is 100. Because you have to remember when it was created 44 years ago, it was created as a hotel association first, so we don’t have that category yet,” said Rhoades.

Rhoades says the issue will be brought up at the next GHRA board meeting on Wednesday. Meanwhile, Senator Jim Espaldon asked Sablan if b and b operators would be open to creating their own association. Sablan says he and other operators have discussed it. Amid the discussion however, Rhoades also reminded lawmakers and stakeholders that GHRA is a volunteer association.

Department of Rev and Tax Director John Camacho says there is currently no legislation on how to tax “air b and b” nor is there any existing regulations to govern bed and breakfast’s. Senator Tina Muna-Barnes, head of the committee that sponsored the roundtable, tells PNC that she plans to introduce several pieces of legislation to address the concerns and suggestions brought up at the hearing.