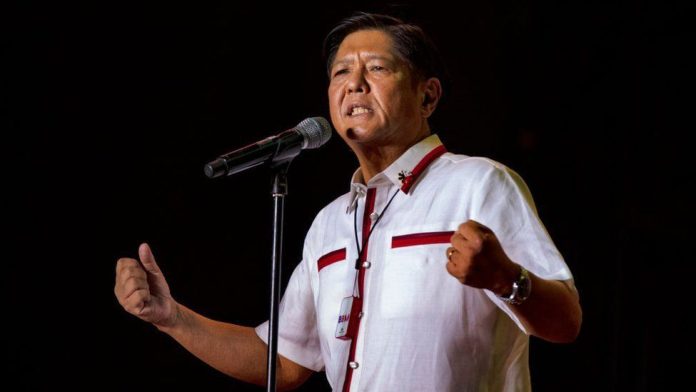 In Regional News – Although the votes are still being counted, Philippine election polls show that Ferdinand Marcos Jr. is far ahead in what citizens call a ‘landslide’ election.

PNC’s Devin Eligio has the report…

As of today, a total of 98.32% of election votes have been processed, and, so far, ‘Bongbong’ Marcos is far ahead of his competitors at 31M votes — 16M votes ahead of Leni Robredo who has around 14M votes and ahead of Manny Pacquiao who is currently around 3M.

According to the Commission on Elections, close to 60% of registered voters are in favor of Marcos Jr. while Robredo falls short at 28%.

Though a large majority of Philippine voters in both the Philippines and Guam favor Marcos, many citizens are concerned about the “Marcos” name returning to the office.

Adrian Opinion, a 3rd-year Development Studies student at Ateneo University states and quotes, “In terms of authoring and crafting bills, at least as a legislator, he hasn’t really accomplished much.”

In addition Opinion states, “It’s not that they have all of a sudden, the people have voted them into power, voted them back in, “Oh, hail the Marcoses again.” They have been slowly creeping into our national and local politics little by little.

Opinion further explained that the Philippines might expect Marcos to “revise” the past by reforming the education curriculum along with an attempt to “erode” human rights institutions.

With a country ravaged by the pandemic trying to recover, at the forefront of the climate crisis, on top of having an ailing economy — Opinion shared what he believes will come of the possible Marcos presidency in the “best case scenario, “If he is able to place the right people into his Cabinet, those who really have concrete plans for the country, concrete plans to restore jobs, to restructure the economy, to achieve what he promised us, agricultural and the food self sufficiency for the country, then maybe we could be seeing developments toward that.”