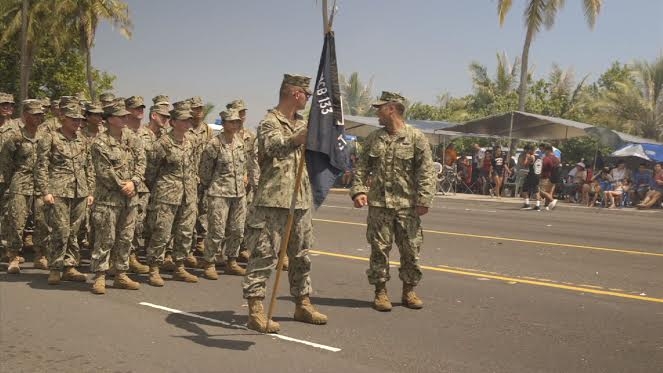 Some people passed out fliers at the parade that posed the question “What is Liberation?”

Guam – Not everyone looks at Liberation Day the same way. In fact some people passed out fliers at the parade that posed the question “What is Liberation?”

The fliers say that while the American return to Guam meant an end to war time atrocities committed by Japanese forces against civilians Chamorros on Guam it also “led to a return of American colonial control”. Moneka De Oro says she has a more critical view of Liberation Day. De Oro believes the Liberation of Guam is a little more complex than most people think. “I think it’s also really complicated in the military legacy that it’s left by the war, in the toxic sites, in the taking of lands, in the systematic oppression of our ways and the loss of the language and the loss of the culture that has happened since the takeover in the reoccupation of our island since World War II.”

Joey Certeza says he’s wary of politicians using Liberation Day as a propaganda tool for things like the military buildup or even anti-decolonization. “This could be a sign of propaganda a political tool to continue influencing the people of Guam today that the military buildup is okay and I think this would be a great time to have that critical conversation about how we as an island people living on this land want to see our future,” said Certeza.

The flier goes on to say that “although they greatly respect their manaina or elders who lived through the war, it is in their honor that we push for the further liberation of our people.”