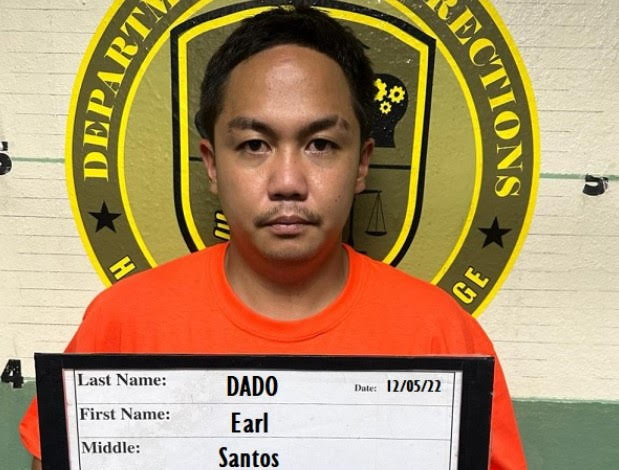 33-year-old Earl Dado is charged with family violence, terrorizing, possession of a schedule II controlled substance–all as 3rd-degree felonies, and criminal mischief as a misdemeanor.

According to an official magistrates report – on December 5th, officers responded to a criminal mischief complaint at Niyok Court in Mangilao.

Officers spoke to the victim, Dado’s mother, and the owner of the residence who said that her son was going through her possessions. Dado, according to court documents, lived in the extension of the property but was not allowed on the victim’s side.

The victim said that her son was not allowed to go through her possessions because he had a habit of taking her stuff and not returning them.

When she confronted her son, he claimed he was trying to clean up and she said that he did not need to do that. Dado then yelled profanities at her saying that he would stab her.

Court documents say that the victim feared for her life and locked herself in her home.

It was thanks to surveillance cameras that the victim was able to see and hear Dado punching the hood of her car and saying that he would continue to break it.

Court documents add that Dado also destroyed the surveillance camera. Once approached by officers, he admitted to being upset at his mother, that he did threaten her, and broke the camera because he claims he was tired of being recorded.

Officers observed that the defendant appeared to be very excited and when asked if he was okay, he said he may be “on something” and that although he had not smoked the drug “ice” in over a year, he is aware that he appears to be high.

As he was being placed in a patrol car, Dado said he may have had meth in his bedroom which he did not want his mom to find. Officers searched the bedroom and in plain view, found a crystal-like substance in a clear plastic bag that tested positive for methamphetamine.