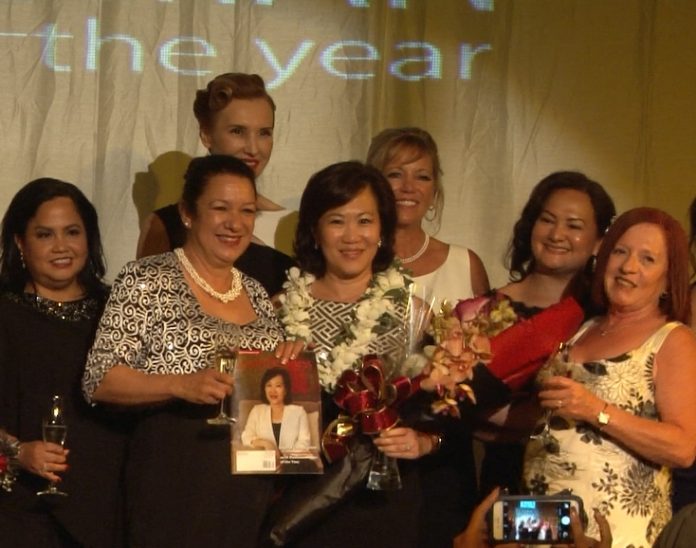 Wigsten was selected from seven nominees in this year’s program.

Guam – In a special gala over the weekend, the Guam Business Magazine and the First Hawaiian Bank announced who took the title of the 2016 Businesswoman of the Year.

Sophia Chu Wigsten, General Manager of the Hyatt Regency Guam, was presented the Maga’håga award and named the 2016 First Hawaiian Bank and Guam Business Magazine Businesswoman of the Year at the 11th Annual Businesswoman of the Year. According to a release, Wigsten was selected from seven nominees in this year’s program, which recognizes businesswomen who have made significant contributions to their industries and have  demonstrated a strong commitment to their community.
Wigsten serves as a board member and first vice chairperson of the Guam Hotel & Restaurant  Association, and through the Hyatt, she is actively involved in the Guam Chamber of Commerce  as well as several Guam Visitors Bureau committees and community organizations, including the  Make-A- Wish Foundation of Guam, Guam Cancer Care, the American Red Cross Guam Chapter  and the United Service Organizations.
Wigsten said, “I’m so humbled to have been in this journey with you. You’re all amazing women and your contributions to your industry, your families and your islands is immeasurable.”
Proceeds from the gala will fund scholarships for students pursuing business and related degrees at the University of Guam, Guam Community College and Northern Marianas College.