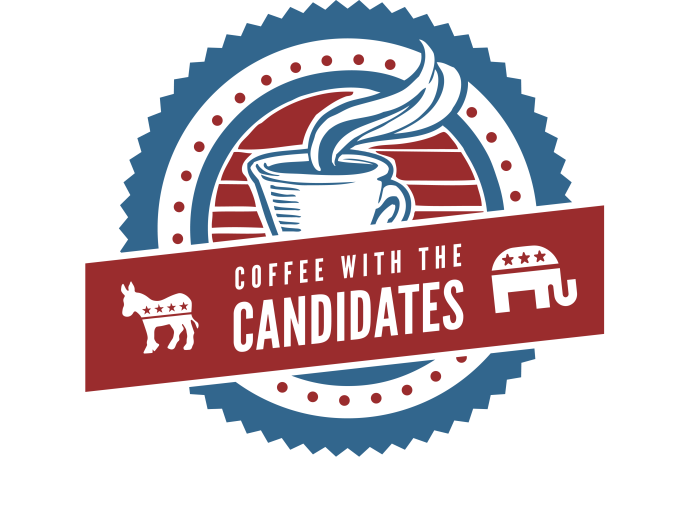 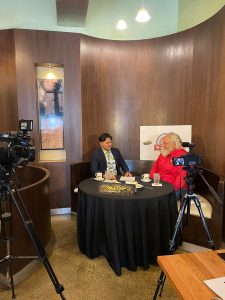 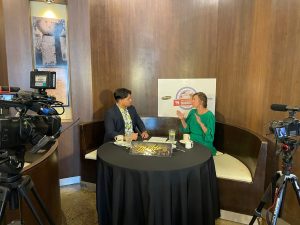 As election season is upon us – Sorenson Media Group’s Coffee with the Candidates is back to get to know this year’s candidates.

PNC’s Damen Michael had the chance to sit down with 2 Democratic senatorial candidates this morning – at the Meskla restaurant in Hagatna.

Dwayne San Nicolas and Kelly Marsh Taitano, both on the Democratic ticket, are set to be in the first episode of Sorenson Media Group’s “Coffee with the Candidates.”

In this episode, questions were aimed around the topic of getting to know the senators along with their points of view on key issues that surrounds the island.

One question that was asked to both candidates centers around Guam’s recovery following the COVID pandemic.

Dwayne San Nicolas the first candidate interviewed said, ” Plant the seeds now both in education and also in the economy, and our society plant those seeds now because right now the world is kind of like a reset.”

Kelly Marsh Taitano, the second candidate for Senator interviewed said, ” because it’s gonna deal with those lessons that we’ve learned during covid and that’s that we are very vulnerable because we have so many imports and we are so reliant on the outside.”