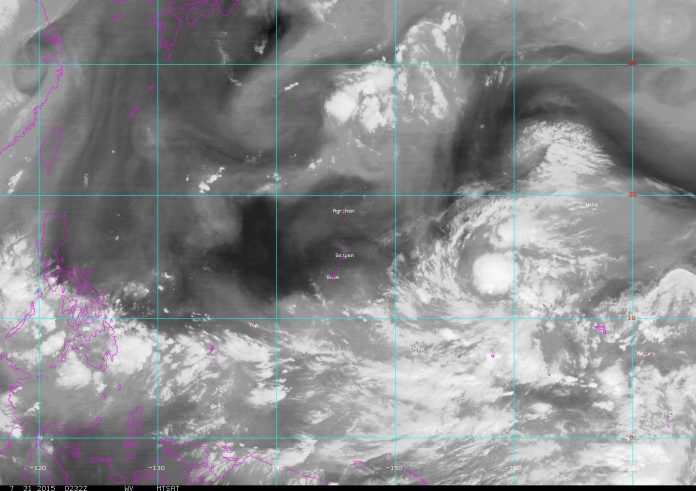 Guam – Tropical Storm Soudelor (13W) slowed down. Compared to its forwards speed of 6 MPH reported earlier today, the system is now moving at about half of the speed–at about 3 MPH. As the forward speed slowed down, Soudelor moved only about 10 miles closer to Guam since its previous report. As of 1 PM (CHST), the storm was about 885 miles east from Guam.

The direction of the storm also changed. Previously it was expected to continue through west-northwest for the next few days, but currently it is moving southwestward. However, the National Weather Service still expects the forecast track of the storm to pass near Alamagan late Sunday or early Monday, as Soudelor is expected to move to the west tonight and back to its west-northwest move on Saturday.

The Maximum Sustained Winds is remaining at 45 mph. NWS continues to say, “Tropical Storm Soudelor is expected to intensify steadily…and may become a typhoon as early as Saturday afternoon.”