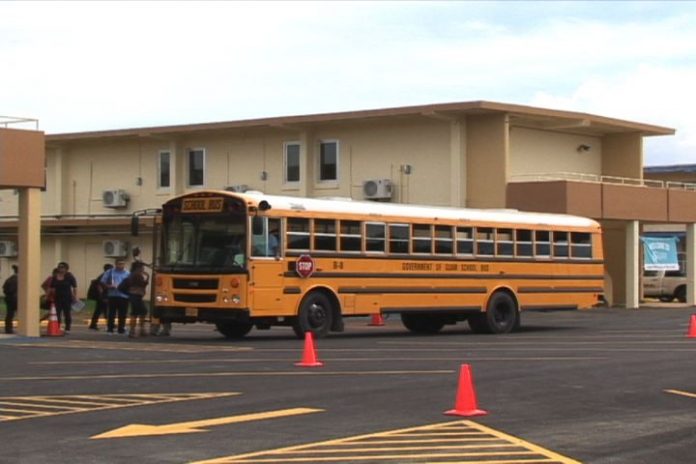 No students were injured in the crash

Guam – No students were injured in an accident involving a school bus and two other vehicles in Yona this afternoon.

According to a news release from Acting Guam Police Department Spokesman Officer Paul Tapao the bus, which was transporting students from Southern High School, was stopped for traffic by the entrance to M.U. Lujan Road on Route 4 when a Honda Civic was pushed towards the bus by another collision.

The Civic had been traveling northbound on Route 4 when it collided with a Nissan Xterra that was making a left turn onto Route 4 from M.U. Lujan road. The driver of the Civic sustained non fatal injuries and treated at the scene. No passengers in the bus were injured and all students were released to their parents at the scene. Department of Public Works Director Carl Dominguez told PNC Tuesday damage to the bus was minimal and the bus was operational.

The operator of the Nissan Xterra was issued a citation for the crash.