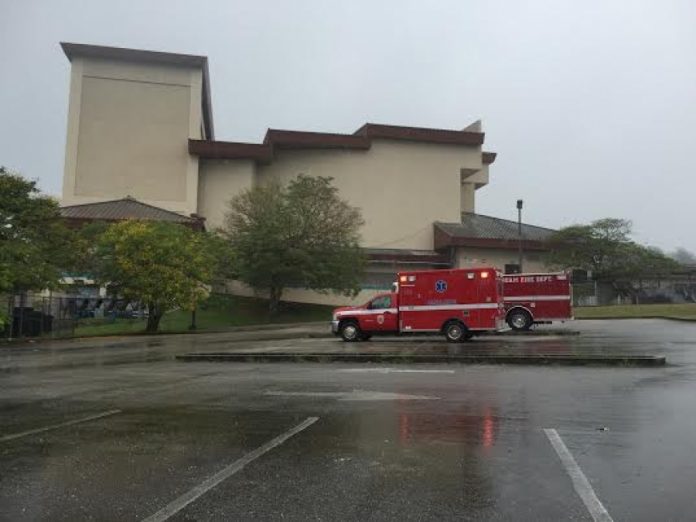 The Guam Department of Education received five bomb threats in total in just a week.

Guam – Southern High School was evacuated earlier today and a sweep of the campus had to be conducted because of another bomb threat, making this the second bomb threat the school received in a week.

Guam Department of Education Superintendent Jon Fernandez says the school evacuation began shortly after 11 am. The Guam Police Department and the Airport’s K-9 unit were called to conduct a sweep of the school. The Guam Homeland Security says the all clear was given at 1:30 pm. The school’s principal says students were sent home for the day. Fernandez can’t confirm if it was another written bomb threat.

Just last week Friday, SHS was placed on lock down and was evacuated after a bomb threat was found written on one of the bathroom stalls. This marks the fifth bomb threat the GDOE received in just a week.

GDOE Acting Deputy Superintendent Chris Anderson reminds students that calling or writing bomb threats is classified by DOE and GPD as terroristic conduct. Notwithstanding the criminal actions taken by the police, students found guilty of this offence are subject to suspension and possible expulsion.