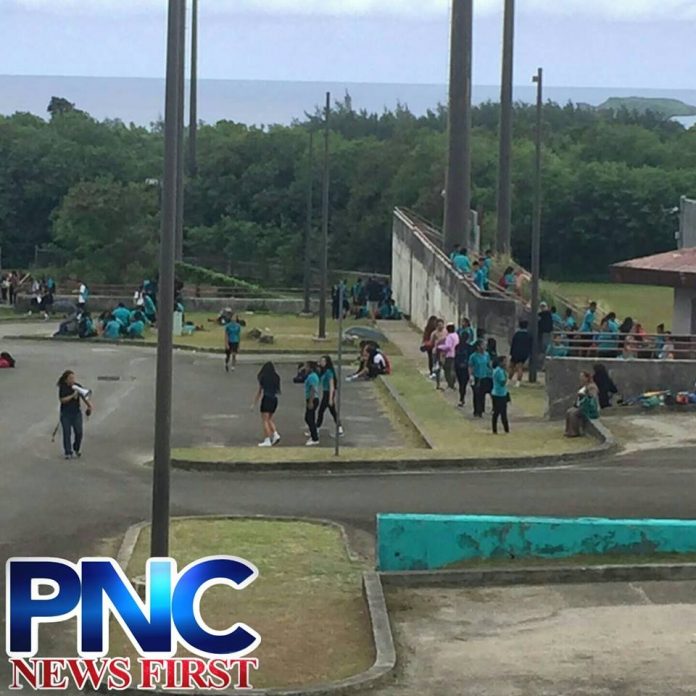 Guam – Southern High School was evacuated again due to another reported bomb threat. According to Guam Homeland Security, they received the report at around 9 am. The Guam Police Department, the Guam Fire Department, and the K-9 units responded to the bomb threat and are conducting a sweep of the school.

At about 10:30 am, students were released from school.

This is the fourth time in a week that Southern High School had to evacuated. Just yesterday, Principal Rosalin Meeks says the bomb threat was written in a piece of paper found inside a trash can in one of the restrooms. On Wednesday, students were sent home early because of a bomb threat found written on a cafeteria bench.

Because of the recent bomb threats, safety measures were implemented at the school.

Guam Department of Education Superintendent Jon Fernandez reminds students that calling or writing bomb threats is classified by DOE and GPD as terroristic conduct. Notwithstanding the criminal actions taken by the police, students found guilty of this offence are subject to suspension and possible expulsion.