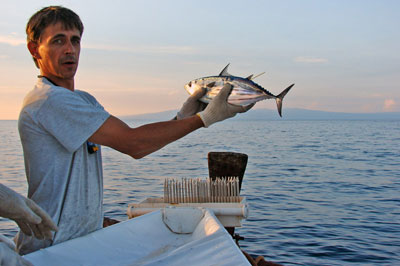 Noumea, New Caledonia – (SPC) – The Secretariat of the Pacific Community (SPC) this week released new assessments on the status of key regional tuna stocks – skipjack, yellowfin and bigeye tuna – which show that skipjack and yellowfin remain in a reasonably healthy state, but bigeye, the mainstay of the tropical longline fishery, has now been reduced to less than 20% of its unfished stock size.

The assessments, along with over 40 scientific papers produced by SPC, are due to be presented at the 10th meeting of the Western and Central Pacific Fisheries Commission (WCPFC) Scientific Committee, being held in Majuro, Marshall Islands, in early August.

Dr John Hampton, the head of SPC’s Oceanic Fisheries Programme, which conducted the assessments, commented: ‘The reduction of bigeye now to below 20% of unfished levels is significant, because this is the limit that the WCPFC has decided represents an unacceptable risk to the stock. The WCPFC should now take firm action to reduce catches of bigeye and allow the stock to rebuild. While bigeye tuna is only 6% of the total regional tuna catch, it represents about 12% of the value of the catch, which was about USD 6.2 billion overall in 2013. It is an important species for several Pacific Island countries that have longline fisheries in their waters.’

Dr Shelton Harley, who coordinated the scientific team undertaking the assessments, noted: ‘These assessments were a huge analytical challenge incorporating over 60 years of fisheries and biological data for an area spanning from Japan to Hawaii in the north and Tasmania to French Polynesia in the south. We had 40 computers running night and day for three months to complete the work.’

For the other species, skipjack and yellowfin tuna, the assessments were considerably brighter. Skipjack, which accounted for 68% of the total tuna catch of 2.6 million tonnes in 2013, is estimated to remain at around 50% of unexploited levels, which is a desirable situation for the stock and the purse-seine fishery and reflects the management targets that have been discussed by WCPFC. Yellowfin, which made up 21% of the tuna catch in 2013, has been reduced to about 38% of unexploited levels, still a reasonably comfortable situation for the stock. 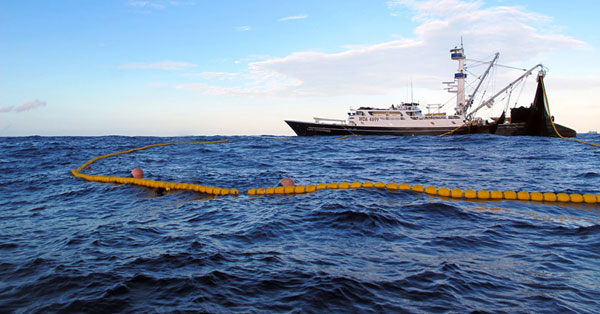 Dr Harley further noted: ‘While skipjack and yellowfin populations are currently okay, catches are likely at their full potential. There are more and more large fishing boats coming into the fishery, and if that continues we’ll see even these fairly healthy stocks fall to levels that may impact their biological health and the profitability of the fishery. Some urgent decisions are required on limits and their allocation.’