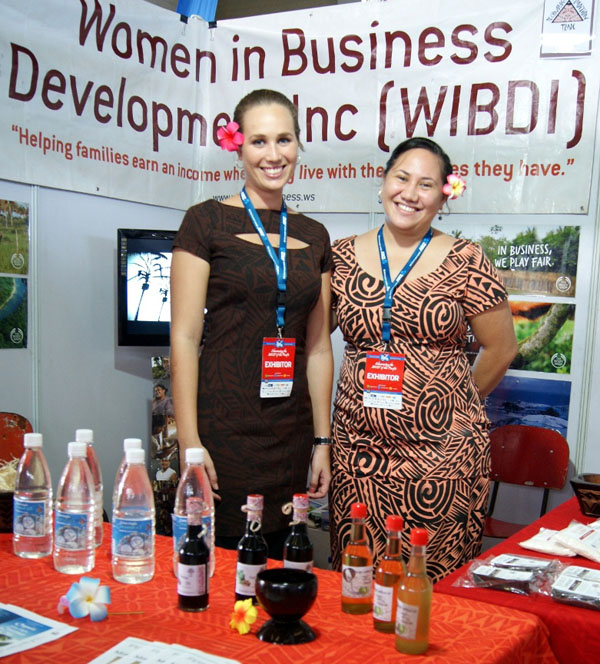 SPC, Suva, Fiji – (Thursday 3 April) – Four enterprises from the Pacific have been supported by the European Union to showcase their products to international buyers at Trade Pasifika 2014.

The enterprises – Liman TL and Maubere Mountain Coffee, both from Timor-Leste; Women in Business Development Inc. from Samoa; and the Crab Company (Fiji) Ltd from Fiji – are just four of the many enterprises from the Pacific that are exhibiting at this year’s trade show, which  is currently under way at the Vodafone Arena, Suva, Fiji.

Support for the four enterprises has been facilitated through the European Union-funded Increasing Agricultural Commodity Trade (IACT) project, which works with private sector enterprises in strengthening the export capacity of Pacific countries in the agriculture, forestry, aquaculture and livestock sectors. This project is implemented by the Secretariat of the Pacific Community (SPC).

The trade show features the best of agriculture, aquaculture and tourism products from 17 Pacific Island countries.

[Display of products by Women in Business Development Inc. (WIBDI) at Trade Pasifika. WIBDI is one of the four enterprises that have been supported by the European Union through the IACT project to feature at the trade show.]

‘The remoteness of some of our Pacific enterprises puts them in a challenging position when it comes to gaining access to larger offshore markets for their products. Trade Pasifika provides a platform for these enterprises to meet with buyers who they otherwise may not be able to meet, foster business relationships, and secure market leads for their products,’ he added.

Turagacati said that European Union’s support for enterprises at trade shows is vital in helping the Pacific to become a recognised provider of high quality, consistent, safe, clean products.

It is expected that exhibitors will be able to establish key business contacts that may lead to trading opportunities at the three-day event.

These contacts, Turagacati says, can either be people who want to buy and distribute products, or those who are part of the distribution chain and can provide valuable information about the export market.

He explained that a careful selection process was followed by the IACT team to select enterprises to exhibit at Trade Pasifika. Expressions of interest were sent to enterprises that met the criteria and were export ready, or already exporting. Out of this, he said, four enterprises came back confirming their participation.

Turagacati says that Trade Pasifika also provides exhibitors with the opportunity to learn from each other, especially in the areas of product branding, packaging, promotion, distribution and pricing.

The IACT project is considering several other trade shows for its enterprises in key export markets this year. These include the Fine Food shows in New Zealand and Australia and the SIAL Food Fair in Paris, France.

The support provided for the four enterprises to exhibit at Trade Pasifika is part of an agreement that was signed last year to strengthen the existing partnership between SPC and the Pacific Islands Private Sector Organisation (PIPSO), the parent body responsible for organising Trade Pasifika.