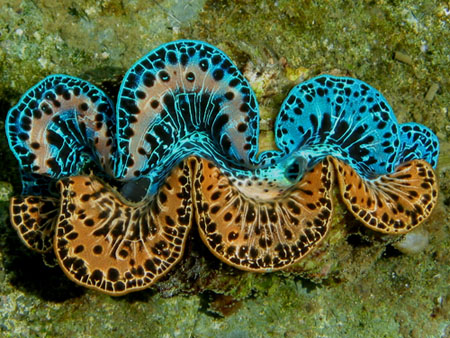 Tahiti – On coming into office, the Ministry of Marine Resources of French Polynesia decided to prioritise the development of the primary sector through a policy that included the goal of reviving the economic health of our remoter island groups. Within the scope of his areas of responsibility — pearl culture, fisheries, aquaculture and renewable energies — Temauri Foster, Minister for Marine Resources, worked on giving fresh momentum to all these sectors.

When it comes to the giant clam trade, the Marine Resources Department, in partnership with L’Institut de recherche pour la développement and the University of French Polynesia, has been conducting research since 2001, assessing stocks with the aim of achieving sustainable exploitation of these bivalves through appropriate collection and farming techniques.

Two species of giant clam coexist in French Polynesia: Tridacna maxima, which is the most common species found in our waters, and Tridacna squamosa, which occurs in some islands only. Research and development efforts have targeted Tridacna maxima. Greater densities are found in the Tuamotu group, making this archipelago suitable for the development of Pahua (giant clam) aquaculture. There are regulations controlling giant clam fishing but the government has given permission for collection to resume in two lagoons, Tatakoto and Reao, an initiative that is part of a participatory and eco-responsible approach.

Aquaculture is the most favoured sustainable development option for giant clam exploitation in French Polynesia, especially because, here, this technique does not require any major investment (such as a hatchery). Giant clam harvesting is, however, a limited activity at present because it targets just two niche markets: 10% to 15% is exported, live, to the aquarium trade, and the rest, some 60 to 70 tonnes of clam flesh, cannot be absorbed by the local market.

In the light of the development strategy determined by the government and the technical progress made by the Marine Resources Department in giant clam harvesting and farming, our unfamiliarity with the overseas market for giant clam flesh should not be a hindrance to the development of this activity.

For this purpose, and through funding secured from the French Fund for the Global Environment, the Secretariat of the Pacific Community (SPC) based in Noumea, the French Development Agency (AFD) and the Marine Resources Department (DRM) have joined forces in order to design a partnership under an agreement dividing the funding commitment as follows: SPC : 42.5%; AFD : 42.5%; DRM : 15%.

In this connection, the Minister of Marine Resources, Temauri Foster; the Director of the French Development Agency, Frédéric Audras; and the President of the Tahiti Fa’ahotu Innovation Centre, Didier Chomer, agreed to have a market study for cultured giant clams conducted. The University of French Polynesia is also a partner to the agreement.

‘The results from this study should ultimately foster the emergence of a project leader and, particularly, job creation in the outer islands,’ adds Temauri Foster.