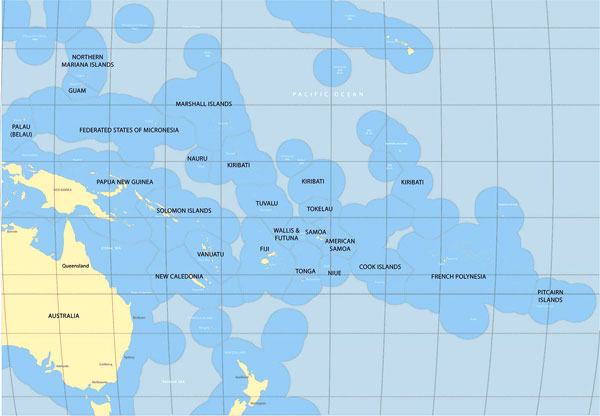 More than half the world’s population is at risk from diseases spread by vectors (mosquitoes, ticks or flies).

In the Pacific, 21 documented outbreaks of diseases transmitted by mosquitoes have been reported by 12 countries and territories during the past 15 months: 15 outbreaks of dengue, three of chikungunya and three of Zika fever.

‘Thousands of people have already been affected by this epidemic wave in the region and we estimate that the risk of further spread is high and could last for some years at the regional level,’ says Dr Yvan Souarès, Acting Director of the Public Health Division of the Secretariat of the Pacific Community (SPC).

‘A number of factors support this assessment: the low immunity of the population; the mosquitoes capable of carrying the virus being present in most parts of the region; and the high mobility of the population, especially through airline travel, which facilitates the spread of the diseases.’

There are measures that governments and communities can take to reduce the risks and protect people from infection, such as strengthening mosquito control, disease surveillance, laboratory testing, and prevention and response systems.

‘Considerable work has been done and progress has been made in these directions by countries and regional agencies over the last decades under the Pacific Public Health Surveillance Network, but a lot more needs to be done to face the current unprecedented situation,’ added Dr Souarès.

‘We need to learn from our neighbouring regions, particularly the Indian Ocean region, that have had similar experiences over the past ten years. For example, a large chikungunya outbreak spread from 2004 to 2007, infecting a third of the population of La Reunion Island and costing more than € 60 million.’

‘We don’t want to see a similar crisis in our Pacific region. We will continue to support countries’ efforts to respond to the current situation as best we can.’

On an individual level, all Pacific Islanders can take measures to avoid contracting and spreading these diseases by protecting themselves from mosquito bites while staying in or travelling to countries where the viruses are circulating.

A map showing the current epidemics and virus circulation in the region is attached to the media release and it is also available on the SPC website.

About SPC:
SPC is an intergovernmental development organisation that supports Pacific Island countries and territories, through its broad scientific and technical expertise, in achieving their development goals. It has 26 members, comprising 22 Pacific Island countries and territories and Australia, France, New Zealand and United States of America.