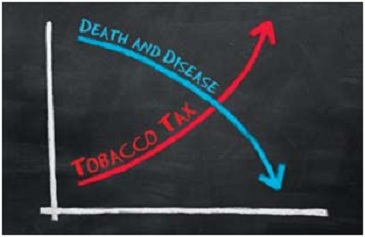 With more than half the population in Tokelau, Kiribati, Nauru and Wallis and Futuna and over one third of people in Cook Islands, Samoa and Solomon Islands smoking daily, tobacco use contributes significantly to the nearly 80% of deaths due to non-communicable diseases in the Pacific region, including heart disease, respiratory diseases and cancer.

Experts from the Secretariat of the Pacific Community (SPC) point out that although the Pacific region led the world in signing up to a global initiative to protect people from the harmful effects of tobacco, the World Health Organization Framework Convention on Tobacco Control (FCTC), there is still a need to strengthen tobacco control legislation in Pacific Island countries and territories (PICTs) and ensure that existing legislation is fully enforced.

This year, World No Tobacco Day on 31 May is focusing on one of the most cost effective strategies to reduce demand for tobacco products – increasing the price of tobacco by increasing taxation.

Evidence from around the world shows that increasing the price of cigarettes is highly effective in reducing consumption. Higher tobacco prices promote cessation, prevent initiation of tobacco use and reduce relapse among those who have quit.

‘On average, a 10% price increase on a pack of cigarettes would be expected to reduce demand for cigarettes by about 4–5% depending on the income level of the country. Lower incomes tend to make people more sensitive to price changes. This is particularly true of young people, who are more sensitive to price increases in general,’ says SPC’s Tobacco and Alcohol Adviser Jeanie McKenzie.

Currently only 8% of the world’s population live in countries with sufficiently high tobacco taxes, and in the Pacific there is huge variation in prices for cigarettes. Whilst many PICTs have made significant advances towards the goal of the final retail price being composed of 70% excise tax and have used other taxes to raise the price of tobacco, many still have some way to go, with some PICTs selling a packet of cigarettes for as little as AUD 2.70.

‘We need tax increases, particularly excise taxes on tobacco that translate into significant price increases. Small incremental tax increases are not as effective as large increases that make an impact on people’s decision to purchase cigarettes. The key is to reduce the affordability of cigarettes relative to that of other consumer goods, says Ms McKenzie.

Raising tobacco tax is a ‘win-win’ strategy – a win for the health of Pacific populations and a win for Pacific governments, which can increase revenue and allocations for prevention and public health.