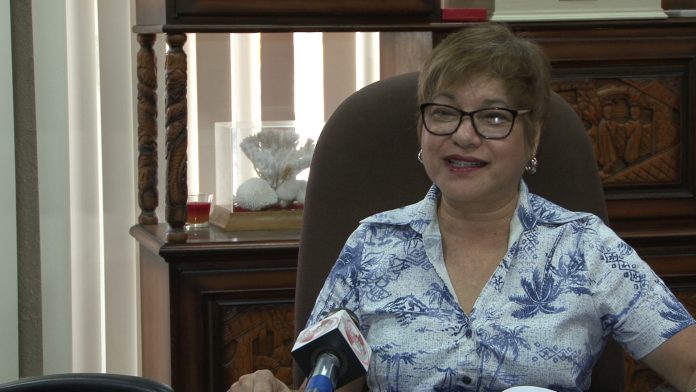 Speaker Judi Won Pat says she and other senators are working together to collect donations for the FestPac delegates.

Guam – Speaker Judi Won Pat issued a public apology to all the FestPac delegates in light of all the complaints being spread about how the delegates are being treated. But she also emphasized that it’s now about coming together and recognizing those from the community who are stepping in to help.

Since the complaints have been flooding social media, Speaker Won Pat says she and many of her colleagues have banded together to collect donations for the delegates from blankets, to coffee and coffee mugs and food.

She also says that many residents have been sending in donations as well. While she thanks corporate sponsors and the FestPac committee for all their efforts, she there are many unsung heroes out there as well.

Won Pat says all donations are being funneled through Guam Homeland Security.

“So what they’re doing is they’re recording, but nobody knows who are the ones and I think that would be important and I encourage Homeland Security, maybe is that they really should give an accounting of how much are coming in and recognize, please recognize those who have come forward. I know they’re not asking for recognition, but I think at this point I really think it is,” says Won Pat.

She adds: “Being the speaker of the Guam Legislature is that I just want to apologize to the delegates and everyone else if there are some glitches but at the same time I’d like to call upon our people as well, is that now that we know and the more that we know about any of these problems, these glitches, that we’re running into is please let us know, we will try to overcome them.”

Residents are encouraged to call Guam Homeland Security at 478-0207 to find out what kinds of donations are still needed.