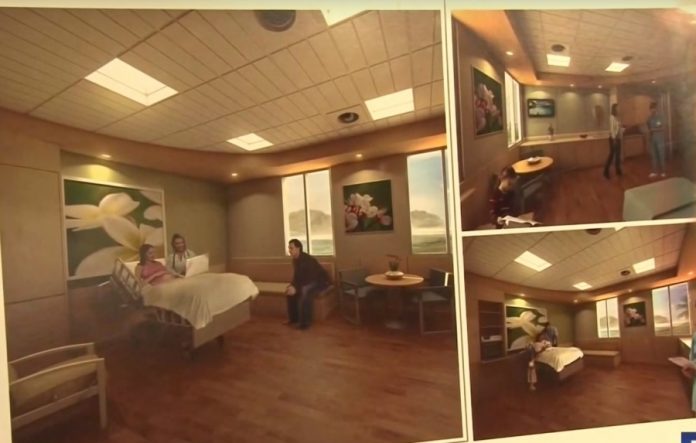 Guam – After being stalled for more than a year, a recently introduced bill could finally get the ball rolling on planned renovations for the Guam Memorial Hospital’s maternity ward.

Won Pat explains that she introduced an amendment to the law after GEDA brought certain issues to her attention.

The first she says was an issue with language regarding the financing method.

Second, she notes, was the dollar amount. Her first bill asked for $7 million. Bill 289 increases that amount to $9.2 million. This would allow for all four phases of construction to be completed, instead of being restricted to just the first phase.

In addition, the amount makes room for GMH to comply with the Arts in Public Buildings and Facilities law.

“Now what we did not change though, and this is where we were very strict about that the debt obligation of $600,000 remains so that means then we have $600,000 that we are going to pledge to pay every year to pay for the renovation of the labor and delivery but of course it would be up to that tune of $9.2 million, therefore we’re sending that out to the market so it’s not increasing our debt at all in this particular case,” she explains.

Speaker Won Pat says she’s hoping that if this bill passes into law, phase one construction on the maternity ward can begin within the next few months.