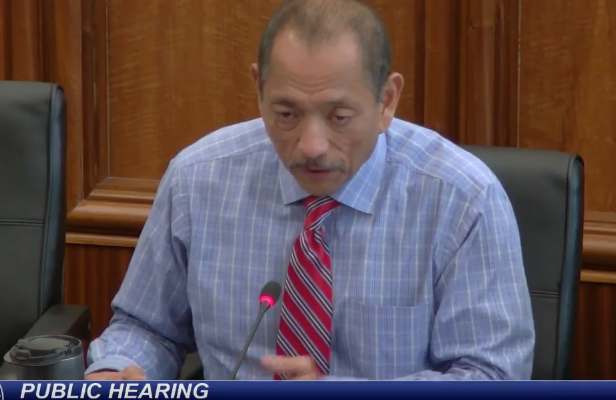 Guam – “How then can the Calvo Administration admit to a violation of local law, regarding special fund transfers before the Guam Legislature, and then represent that neither federal or local law was violated to the FCC?” That is the question posed by Speaker BJ Cruz, a question he also answers.

“False on their face,” stated Speaker BJ Cruz in a letter to FCC Commissioner Mike O’Rielly relative to statements made by Governor Calvo in response to O’Rielly’s inquiry on the diverted E-911 funds.

Speaker Cruz clarified the alleged misstatements conveyed to the commissioner by Governor Eddie Calvo, making it clear that the transfers from the E-911 system fund to the general fund are a violation of Guam Law.

The Speaker also attached a letter he wrote to then Director of Administration Christine Baleto insisting that these transfers stop.

According to the speaker, Gov. Calvo then authorized an additional $839,583 to be transferred out of the special fund in 2017, also in violation of the law.

Speaker Cruz makes it clear that the governor’s representation that PL 34-42 section 22 language authorizes the use of the Special Revenue Funds for purposes outside the scope of the stated statutory purposes of the fund is “wrong.”

He further states that the same section that authorizes GFD to expend all revenues collected by the designated fund for the purpose authorized by statue negates the governor’s assertion that excess funds could be expended outside the statute.

He points out that when the legislature questioned the illegality of the special funds transfer they were told by DOA, “Which law do you want me to break? The federal law with payroll or these special revenues?”