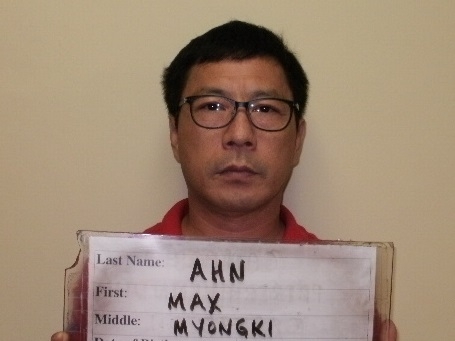 60-year-old Max Myong Ahn busted for selling the drug “spice” in his shops was sentenced in Federal Court.

Guam – Max Myong Ahn was given a very light sentence of 5 years’ probation which includes 1 year of home detention, a $583 restitution to Public Health, and a $7,500 fine. This is a lenient sentence compared to the maximum penalty of 5 years and a $250,000 fine.

Court documents state that federal agents tracked many packages of spice being sent to several retail stores on Guam, but Ahn was the only retail store owner who was charged with Unlawful Use of the Mail to Facilitate the Distribution of Controlled Substance Analogues.

In the summer of 2012, a minor was transported to GMH after smoking spice her older sibling purchased at one of Ahn’s shops. This triggered an undercover investigation where agents recovered 25 bags of spice and 50 plastic jars containing spice residue from one shop, and over 790 grams of spice and almost $130,000 in U.S. currency from his other location.