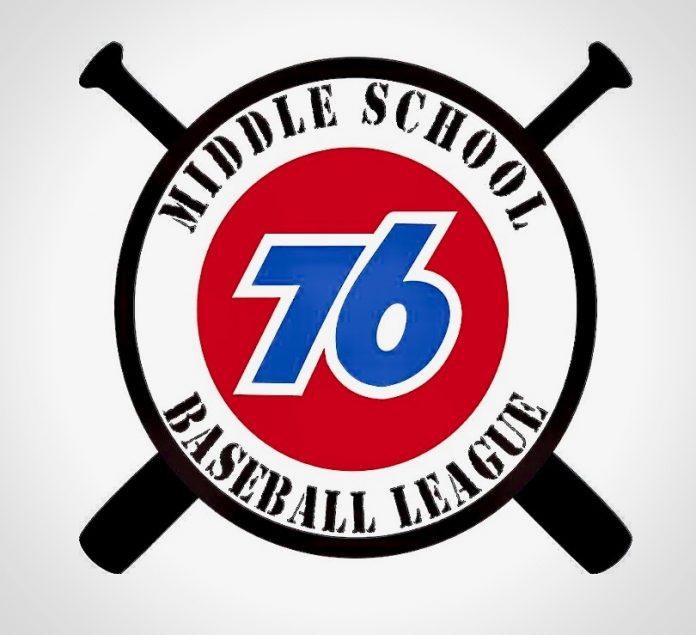 “We are excited to partner with SPPC ‘76 which continues the support of youth sports on Guam.“

GUAM – South Pacific Petroleum Corporation ‘76 has teamed up with Guam Amateur Baseball Association, (GABA), to kick-start the new 76 Middle School Baseball League to provide competitive safe baseball activity for students enrolled in Guam’s Middle Schools. The debut of the new league starts February 9, 2017 and runs through March 18. The league will be played at the Guam Baseball Academy Field located on the Okkodo High School Campus with games Tuesday, Wednesdays, Thursdays and Saturdays.

GABA has entered into a partnership with SPPC ‘76 to assist in funding the league. “We are excited to partner with SPPC ‘76 which continues the support of youth sports on Guam. SPPC ‘76 is dedicated to support healthy lifestyle-inspired activities through innovative outreach programs like ‘76 Middle School Baseball,” says Bill Bennett League Director. The ‘76 Middle School Baseball League will be an annual league played in January-March each year. Six schools will participate in the 2017 league including: VSA Benevente, FG Leon Guerrero, Jose Rios, Astumbo, Oceanview, and Inarajan and build up to all 8 DOE middle school s next year. The ‘76 Middle School League requires no registration league fee for teams to enter this year’s league. Baseballs, umpire officials, and field usage fees are also covered graciously by the league sponsor SPPC ‘76 and other community donors.

League games will be governed by National Federation of High School Rules and are education-based for middle school and high school athletic competition. The Middle School League will use a modified 70 foot base paths and 50 ft pitching distance with “leading off” to allow the younger 11-14 year olds student athletes to further hone their baseball skills to prepare them for more advanced play in high school. League officials and team coaches will work together to model good sporting behavior and on-field safety. Plus positive values that are learned in this league will serve the players as they become young adults and beyond.