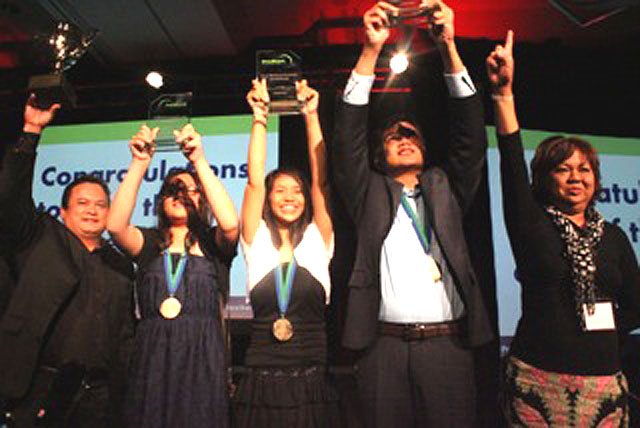 Guam –  Look out, America. Guam is definitely on the map when it comes to culinary programs.

The GCC CTE ProStart team from Simon Sanchez High School so impressed the judges at the National ProStart Invitational in Minneapolis, Minnesota May 3-5 that they took top honors for the second year in a row. Even more amazing is that they earned their championship repeat with only three members, while competing against 42 other teams that had four or five members each.

“Definitely, I couldn’t imagine winning one championship. Winning a second time is unbelievable,” said MacDaniel Dimla, the team’s captain and only returning member from last year’s championship team. Dimla, a senior, was joined on the podium in Minneapolis this year by teammates Abigail Pineda, a junior, and Rhozlyn Javier, a sophomore at Sanchez.

“It’s amazing, that’s all I can say,” said Vicky Schrage, SSHS ProStart instructor for now TWO national championship teams. “It’s a blessing. But I want to stress that this is a team effort – the students, the parents, myself, the mentor chef, our department chair Norm – if one component is missing, it’s not going to happen,” she said.

“We’re putting Guam on the map here,” said the team’s mentor chef, Chef Peter Duenas of Meskla Restaurant and current Micronesian Chefs Association president. “We took all the information from last year and applied it – we had a great team,” he said.

“There is absolutely no question about the caliber of our Culinary Arts program at GCC,” said Norman Aguilar, GCC Tourism Dept. chair. “We have dedicated students, fantastic instructors, five-start mentor chefs that spend a lot of time with these students, and great support from the Micronesian Chefs Association and Guam’s hotels. Thank you to everyone who helped get them here!”

Upon graduation this year, Dimla plans to attend the Culinary Institute of America in Napa Valley, California on a partial scholarship that he won as a member of last year’s national championship team. 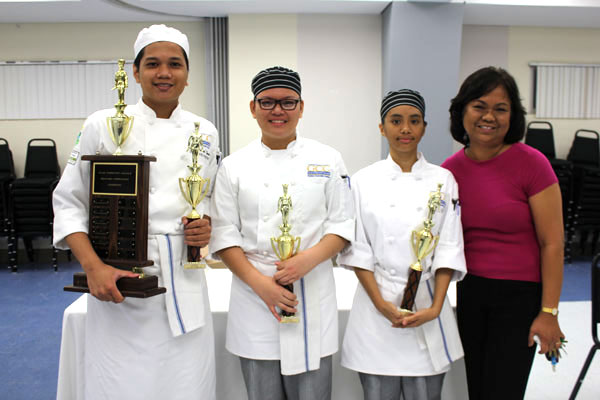 The top ProStart teams at the national competition take home $1.4 million in scholarship dollars, according to the ProStart web site http://www.nraef.org/ProStart/Invitational.

ProStart is one of the 10 CTE programs GCC offers in Guam’s five public high schools (Okkodo High School is scheduled to start its ProStart program this year, as soon as construction of the culinary kitchen is completed.