Congress has released the draft text of the proposed budget reconciliation bill, including what would be historic expansions of the Supplemental Security Income (SSI) program and Medicaid to residents of U.S. territories.

If Congress acts based on this draft language, it could mean monthly SSI checks of up to $794 directly to more than 300,000 of the most vulnerable residents of U.S. territories. The proposed Medicaid expansion would bring these programs much closer to full parity, greatly expanding healthcare availability for low-income territorial residents.

If the proposed expansions to SSI and Medicaid are enacted into law, this would represent a truly historic step towards equality for the 3.5 million U.S. citizens who call the territories home,” said Neil Weare, President and Founder of Equally American, which has long advocated for expanding SSI and Medicaid in the territories. “We still need to keep pushing through to make sure these proposals are actually enacted into law.”

“Over the last few weeks I’ve corresponded with hundreds of residents of Guam, Puerto Rico, the U.S. Virgin Islands, and American Samoa whose lives have been severely impacted by the denial of SSI benefits to residents of the territories,” Weare added. “I’m hopeful that Congress may finally provide them the relief they’ve been seeking for so many years. But we can’t rest until this becomes law.”

Residents of U.S. territories who may benefit from SSI are encouraged to continue sharing their stories by completing Equally American’s SSI Survey, available in English at

Survey: Are you being unfairly denied up to $794 a month by the federal government because you live in a territory?

If you or a family member are low-income and also elderly, blind, or disabled, you could be eligible for up to $794 a month in benefits through the Supplemental Security Income (SSI) program. That is, unless you live in Puerto Rico, Guam, the U.S. Virgin Islands, or American Samoa.

or in Spanish at

https://www.equalrightsnow.org/ssisurveyespanol. Or they may contact Equally American directly at nweare@equallyamerican.org or 202-304-1202.

As Congress and the Supreme Court both continue to consider the expansion of SSI benefits to residents of U.S. territories, Equally American will continue elevating the voices of people whose lives have been impacted by the denial of these federal benefits. 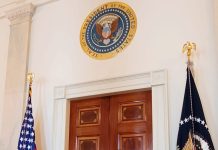