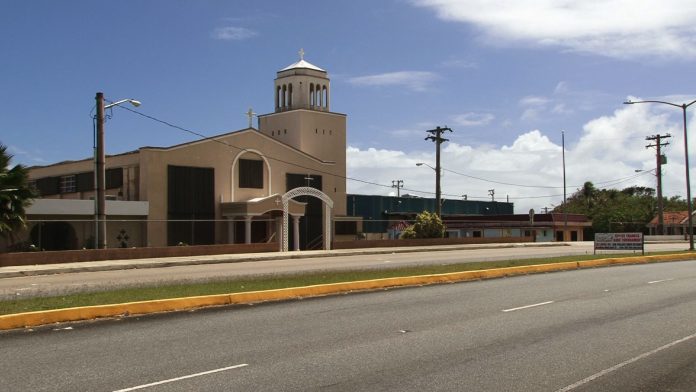 The embezzlement allegedly took place over a two year period.

Guam – The finance officer of the St. Francis Church in Yona is being accused of stealing hundreds of thousands of dollars from the church.

Veranice Rose Toves, 60, was handed down an indictment by a Superior Court Grand Jury. The indictment has 23 charges filed against her, most of which are felonies related to forgery, theft and theft by deception.

The indictment lists a total of 95 checks that Toves allegedly forged in an effort to steal money from the St. Francis Catholic Church. The checks, according to the Attorney General’s Office, were forged over a two-year period from March 2013 to May 2015.

Some of the checks were supposed to be written to the church’s telecommunications provider, according to the indictment, but were altered so that it appeared to have been authorized by Fathers Jose Villagomez and Patrick Castro, when in fact the checks were never authorized by the priests.

Furthermore, court papers state that Toves attempted to destroy or tamper with evidence so that she could conceal the forgeries and thefts from authorities.

A warrant for Toves’ arrest was issued, but it’s not clear if she is in custody.