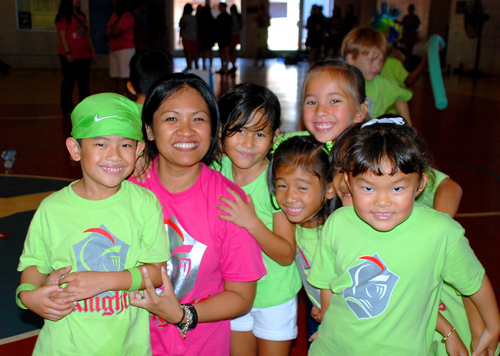 Sports Day and Wacky Olympics are jointly coordinated by the Parent-Teacher-Association and the St. John’s School Physical Education department.  The goal of Sports Day is to foster a spirit of cooperation, pride, and unity through friendly athletic competition among and between teams. Parent volunteers and teachers play an active role in officiating games, cheering on students, and working closely with other volunteers and community partners.

The knights’ house with the most points gets to identify a local charity to receive a donation from the PTA’s Outreach program. Official end of the day results are:

PTO Event Coordinator Dorothy Chavez states “it was a good chunk of hard work and good fun. It’s rewarding to see that the house system fosters a sense of spirit, creativity, camaraderie and unity among participants.” Chavez thanks everyone involved for making the event a success.

Competition between the knights houses will continue through the year.  At the end of the year and in keeping with tradition, the house with the most points will be awarded a 4 foot trophy from the previous year’s winner.