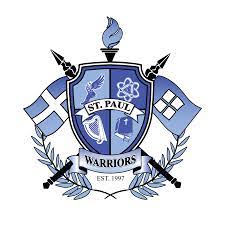 St. Paul Christian School was broken into earlier this morning.

According to the Guam Police Department – at around 10 am, officers responded to the school after receiving information that a man with a gun was on campus.

Officers and Court Marshal Task Force Units were on the scene, and the school was placed on a temporary lockdown.

The suspect was identified as a man wearing a black air-soft mask covering his face and holding what appeared to be an Assault Rifle and two school bags.

The school was eventually cleared and declared safe; however, it was later discovered that a portion of the school was broken into.

GPD reports that the area was rummaged through, and items were stolen, further identifying an air-soft rifle belonging to a staff member was stolen amongst other personal belongings.

GPD further reports that the students who were present were nowhere near the area that had been broken into, nor did the students witness the initial call reporting a man with a gun.

The investigation is open and ongoing.