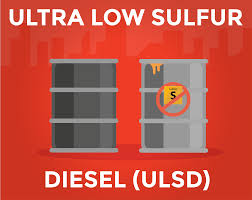 Guam – The public hearing on a bill that would mandate the application of ultra-low diesel fuel standard (ULSD) for all diesel-powered vehicles and machinery on Guam raised concerns over the disposal of used oil.

These concerns were shared by all stakeholders who testified against Sen. Telo Taitague’s Bill 25-35 on Wednesday.

The island currently disposes used oil by burning them at Cabras 1 & 2 in Piti, which is considered a more cost-effective option as opposed to having to ship them to the United States to ensure proper disposal.

Taitague’s bill, which seeks to the amend the existing law, aims to meet the U.S. Environmental Protection Agency’s standards of ultra-low diesel fuel that contains 15 parts per million or less of sulfur content.

This standard is considerably lower than what can currently be disposed of on Guam.
Concerns were expressed by various stakeholders regarding what the island might be forced to do should the senator’s amendment become law.

“I opposed bill 25-35 because the proposed amendment would create what I hope is an unintended consequence by immediately ending the ability of waste or used oils to be burned on Guam without providing a solution of how Guam deals with its waste oil,” said Simon Sanchez, a member of the Consolidated Commission on Utilities Board (CCU). “If it cannot burn this petroleum derivative as other folks are already testifying, the cost to ship off waste oil is eight to 10 times more expensive than the cost to burn the waste oil.”

“The used oil issue that you brought up that is different from this specific law is going to be a problem in the future,” Moore said. “When Cabras 1 and 2 shut down there will be 1 to 2 million gallons of used oil that will have to find a home somewhere. In the past, when GPA stopped accepting used oil. [We] shipped that oil to the United States for disposal.”
Moore said that shipping oil could cost $10 a gallon.

Nissan general manager Phillipe Gerling, also opposed the bill.
Gerling explained to lawmakers that the cost of a simple oil change at the company could significantly increase with the addition of an oil disposal fee, which he said would be unaffordable for customers.

“Well you’re not going to be able to get used oil and waste oil to meet ULSD,” Sanchez said. “I think all five of us agree on that. You can’t get it down to 15 ppm out.”
“One of these technologies can be implemented upon enactment of the proposed amendment,” Moore said. “The industry needs time to work through this problem in collaboration and coordination with Guam EPA and the U.S. EPA.”

In agreement, CCU Chairman Joseph Duenas said the commission is asking for time to look for solutions.

Shortly after the hearing, Taitague’s office issued a statement, which read, “I appreciate the comments and suggested amendments offered at today’s public hearing regarding the ULSD which helped shed light on an equally serious issue involving the disposal of used oil. I believe this dialogue should continue perhaps through a roundtable discussion in order to discuss when and how we’re going to address used oil.”