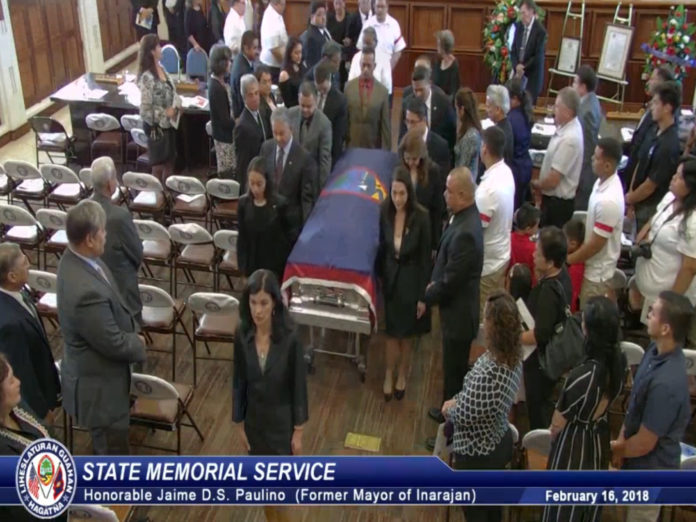 Guam – A state funeral was held today for the late honorable Jaime D.S. Paulino at the Guam Congress building in Hagatna. Paulino was a former commissioner or mayor of Inarajan.

He served as president of the Mayor’s Council of Guam and was also once the chairman of the Democratic Party of Guam. Paulino was a survivor of the Japanese occupation of Guam. In 2014 he was appointed by Governor Eddie Calvo to be the grand marshal for the 70th anniversary of the liberation of Guam.